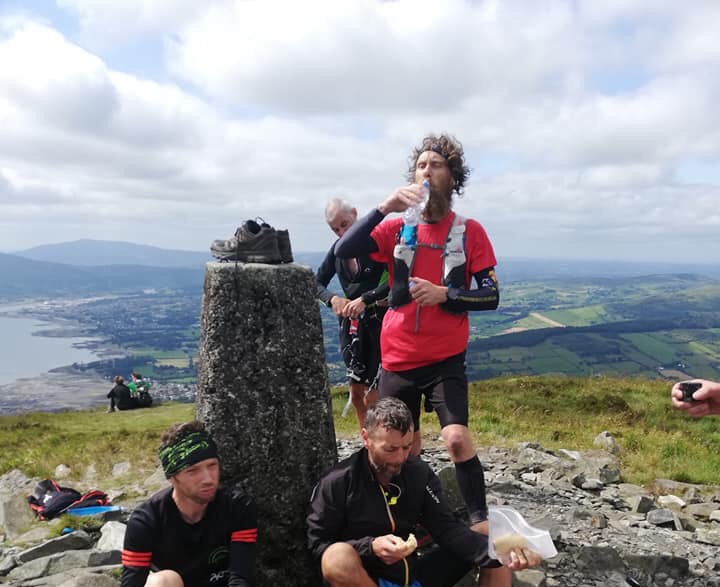 Named after the late pioneer of the mountain running community, the round consists of a 90km loop of the Mournes, with in excess of forty peaks to be conquered, each above 400m in elevation. For the extreme challenge, requiring 6500m of climbing within 24 hours, North Down dispatched two of its finest in Seán Nickell and Mark Weir, with a plan to depart Donard car park at 2am on Saturday morning.

Heading South West from the start/finish area the intrepid pair had the dubious pleasure of tackling the highest peak first, checking in at the top of Donard in little over an hour, but fully aware that neighbouring Commedagh was being saved for one last test on the road home. 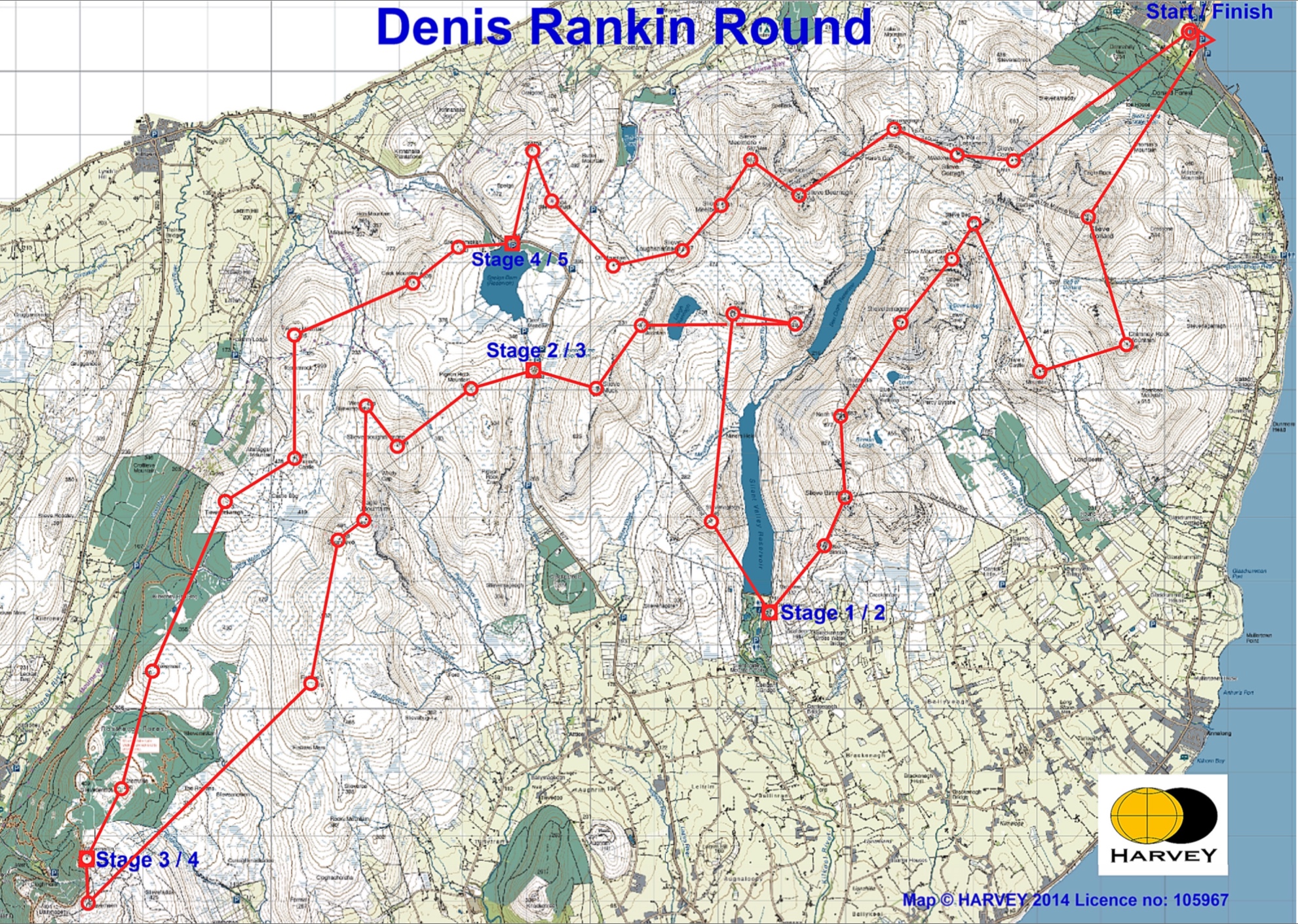 Both men progressed through the early stages of a route which was broken up into five sections to allow support teams to accommodate refuelling and kit changes at Silent Valley and Deer’s Meadow, but by the end of the third section, at Slievemartin, Mark was having problems with his footwear and had to borrow an undersized pair, which were causing him problems as the route progressed homewards towards Spelga Dam. At around 8pm, having covered approximately 50 miles distance and 5000m of ascent, Mark called it a day at the end of the fourth section in Spelga car park, with Seán continuing on as the light began to fade.

Ticking Meelbeg, Meelmore and Bearnagh off his list, Seán progressed to the final peak at Commedagh just before midnight, knowing all that was left was the descent back into Donard Forest, with two hours remaining to achieve a long held ambition. In the end he made it comfortably, crossing the line in 23 hours and 15 mins, to complete the challenge and ensure just reward for many hours of training and preparation. 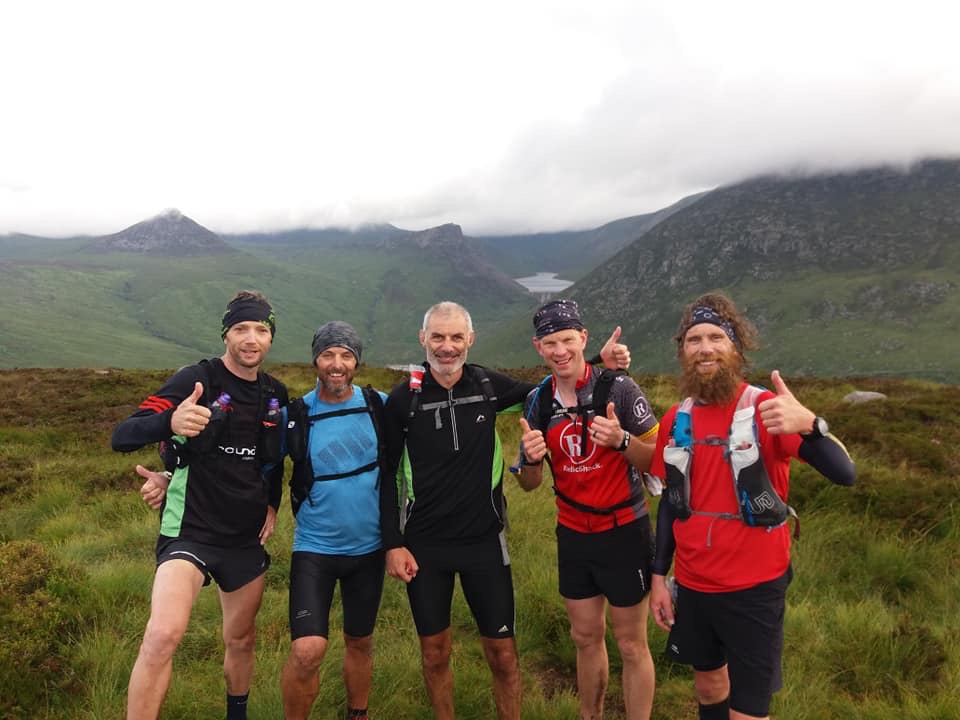