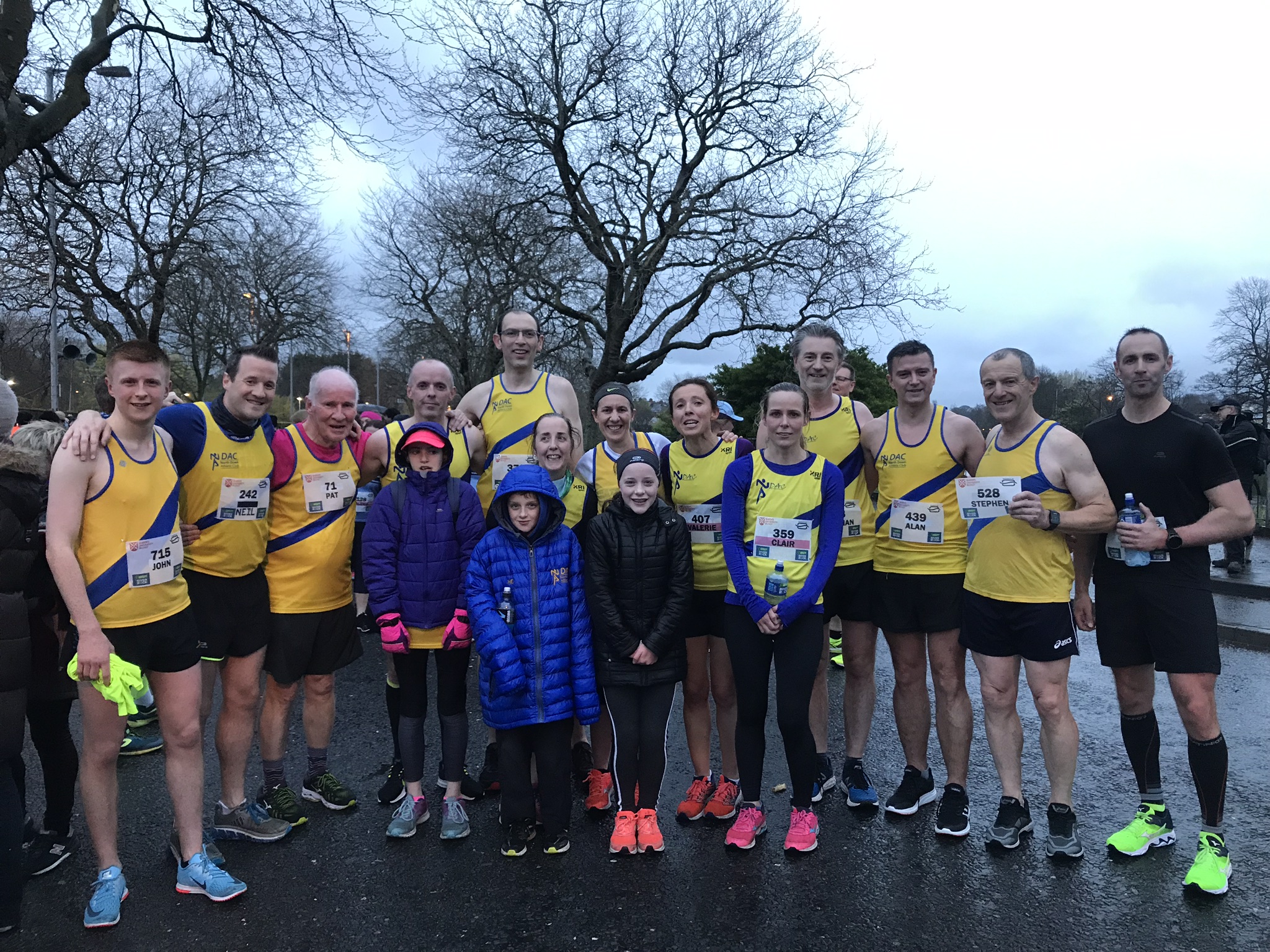 After enjoying perfect conditions in recent years the 2019 edition of the Queens 5k welcomed Pb hunters under leaden skies and lashing rain but, in a hugely positive night for North Down, there were podium places and personal bests aplenty amongst the half century of club members who donned the yellow vest.

Athletics coaches at all levels have long promoted the benefits of training in all weather and on a night when the likes of Francis Marsh, Davy McMeechan and Michael Roberts practiced what they preach, it must have been hugely satisfying for them to run with the athletes that they coach, seeing them make light of the conditions and cash in on their training. 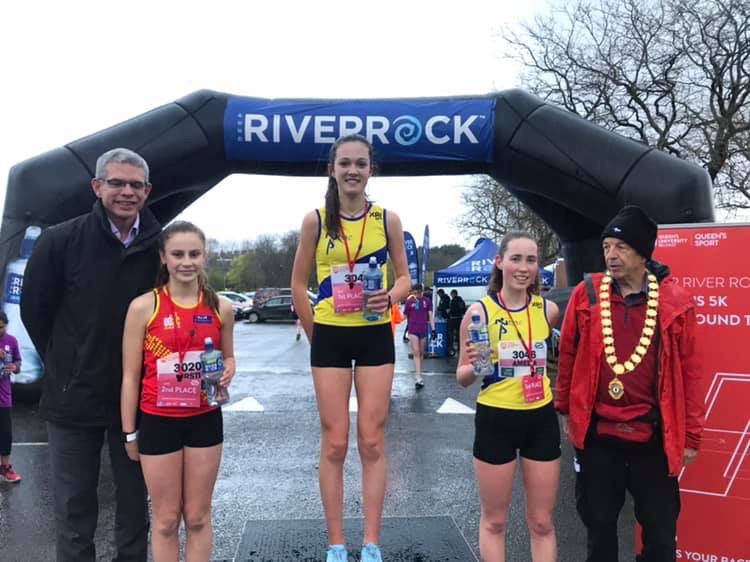 The festivities kicked off with a 3k opener in which Jakob Swan (10:21 Pb) was first club member across the line (12th overall). Tara McDonough was next, a storming time of 10:37 (Pb) good enough for first lady and 16th overall. Ryan Lynas had a great run to finish in 10:56 (20th), whilst Amelia Tyler (11:01 Pb) claimed 3rd lady and 21st overall. The procession of flying juniors continued with Murphy Miller (11:15/29th), Emily Mills (11:17/30th) and Rio Catney (11:30/37th), before Paul Lynas staked a claim for the dads with 12:22. After finishing 12th in the North Down primary schools xc earlier in the day, Isaac Dunne posted 12:34, the same time as Amy Ellison, whilst Erin Playfair and dad Nigel crossed the line together in 13:06. Naomi Dunne dipped under 15 minutes to finish in 14:49, whilst junior parkrun regular Alexia Hughes was just the other side of that barrier on 15:30. 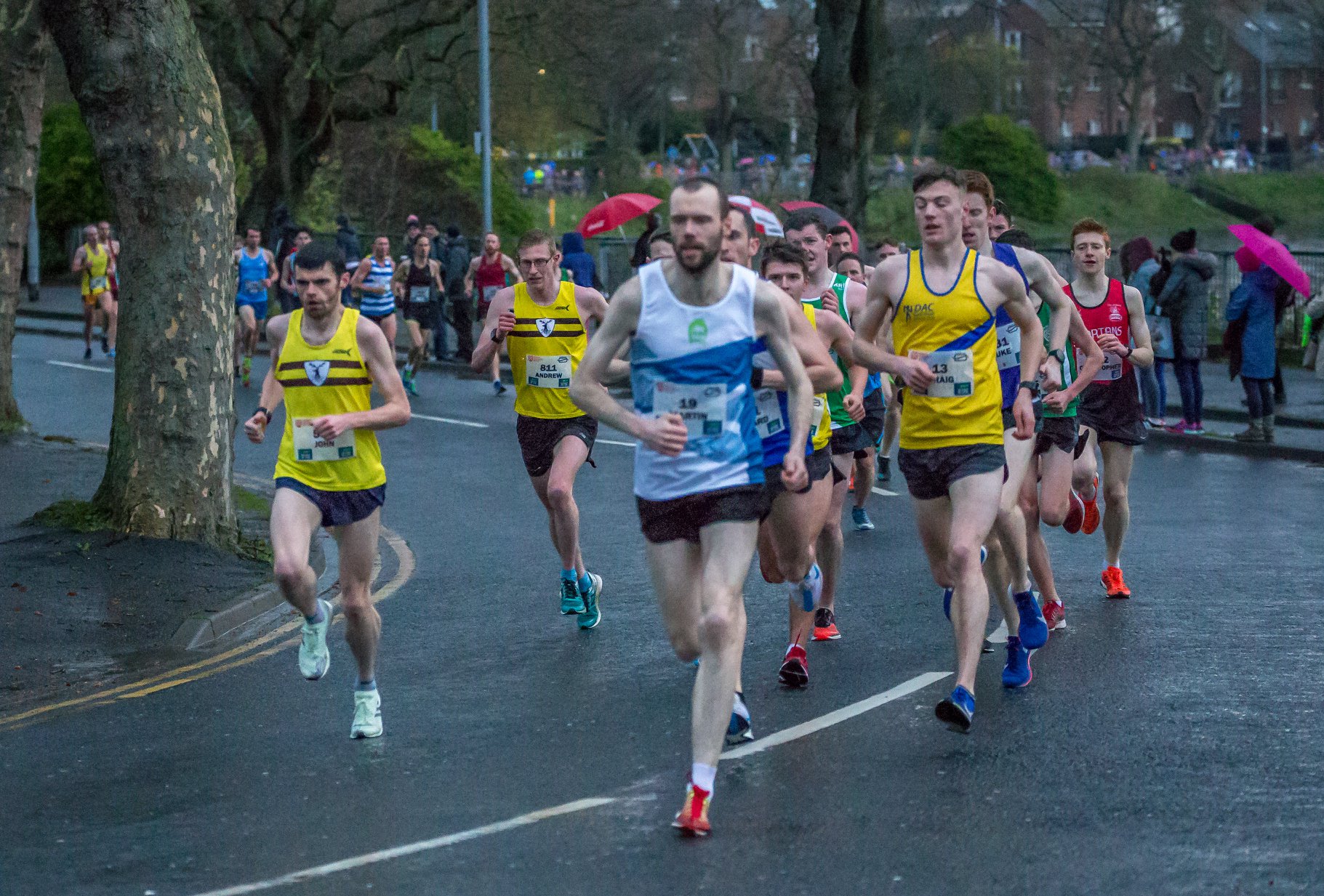 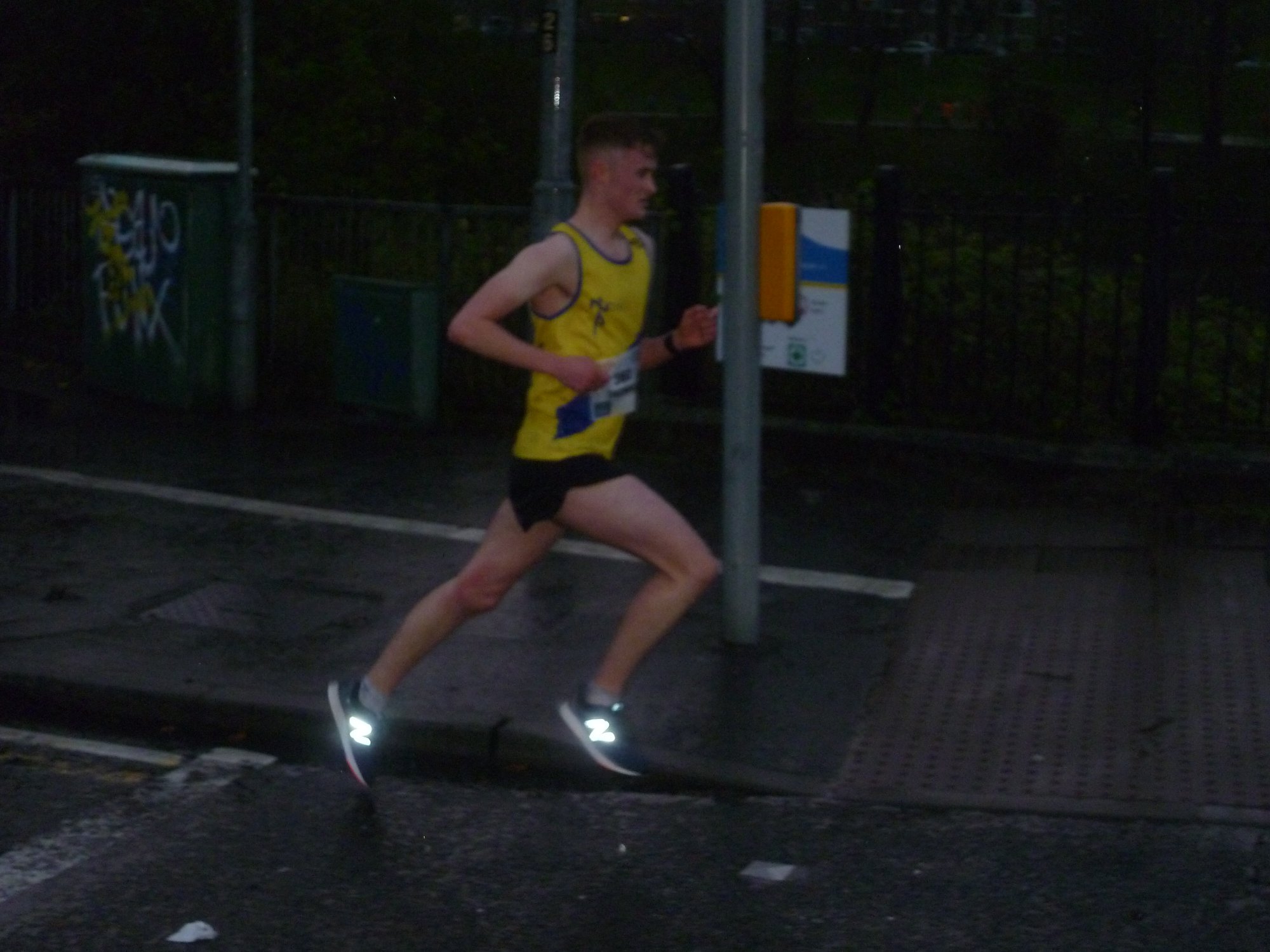 Mark Carberry completed the transition from injured rugby player to highly promising young athlete, claiming a new benchmark of 17:34, whilst in possibly the run of the evening Jamie Gaw demolished his previous best to register 17:46. Chris Downey claimed a new Pb of 17:47, as did Cameron Jenkins (17:54) and Alasdair Mair (18:22). Chris Moran recorded 18:30, Andrew Muir (18:44) followed up a 10k Pb on Sunday with a new 5k best on Wednesday, as did Steven Donegan (18:46), whilst Neil O’Driscoll (19:08) continued his recent progress, with a fine new benchmark. 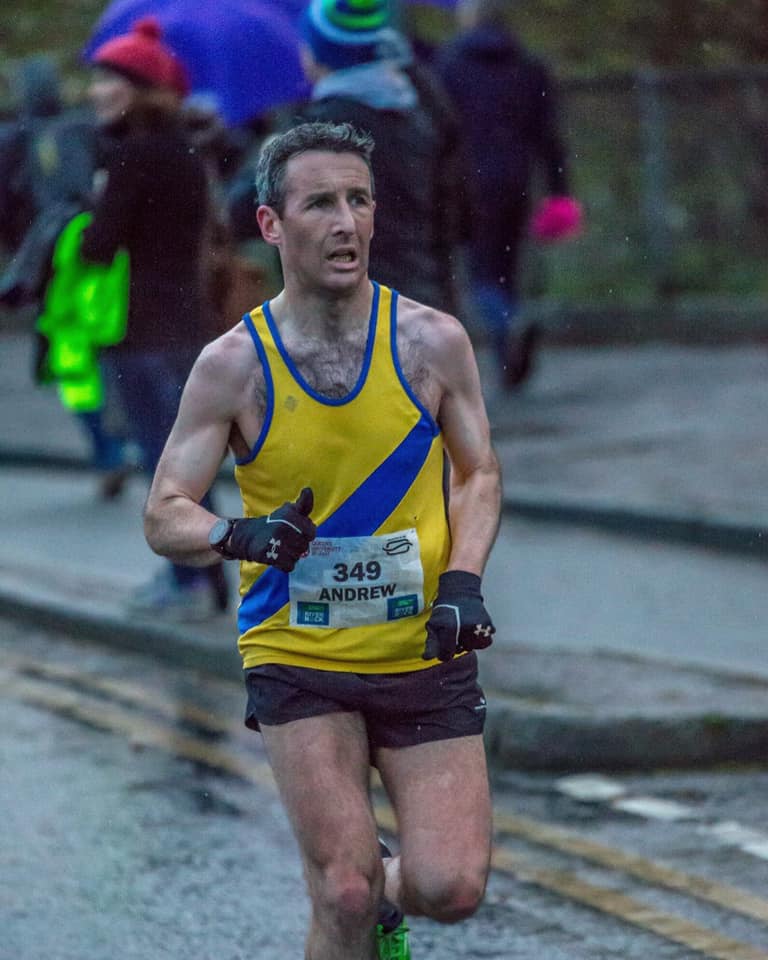 Valerie McDonough (20:49) will be delighted to have clocked her quickest 5k in a couple of years, whilst Lindsay Doulton should be equally happy to have claimed her fastest ever in 21:02. Jessica Scott (21:38) finished just in front of Alan Hughes (21:40) who, even allowing for his stature, continues to make giant strides of improvement and was another to pair a 5k Pb with his 10k best the previous weekend. 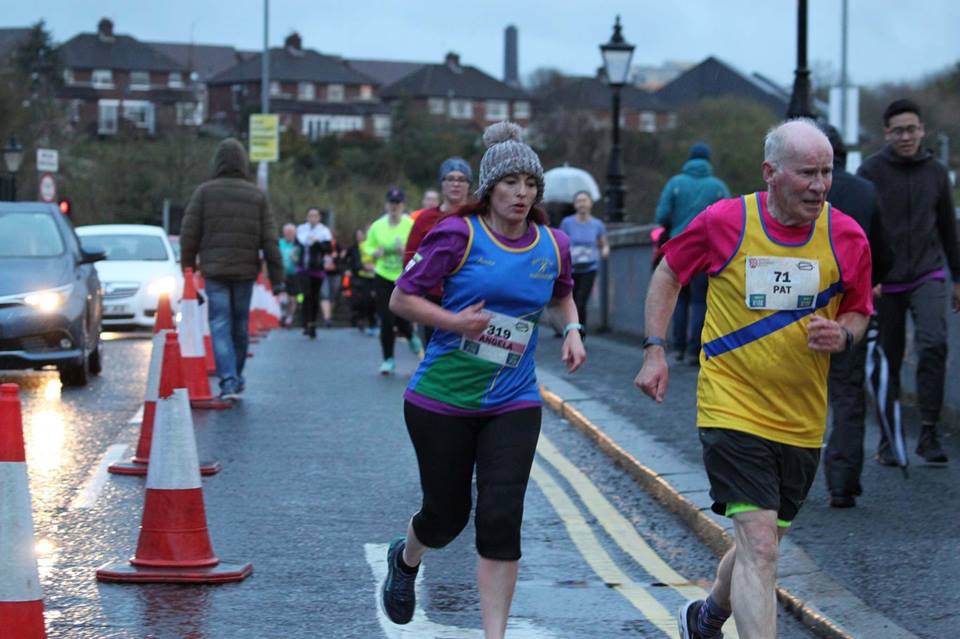