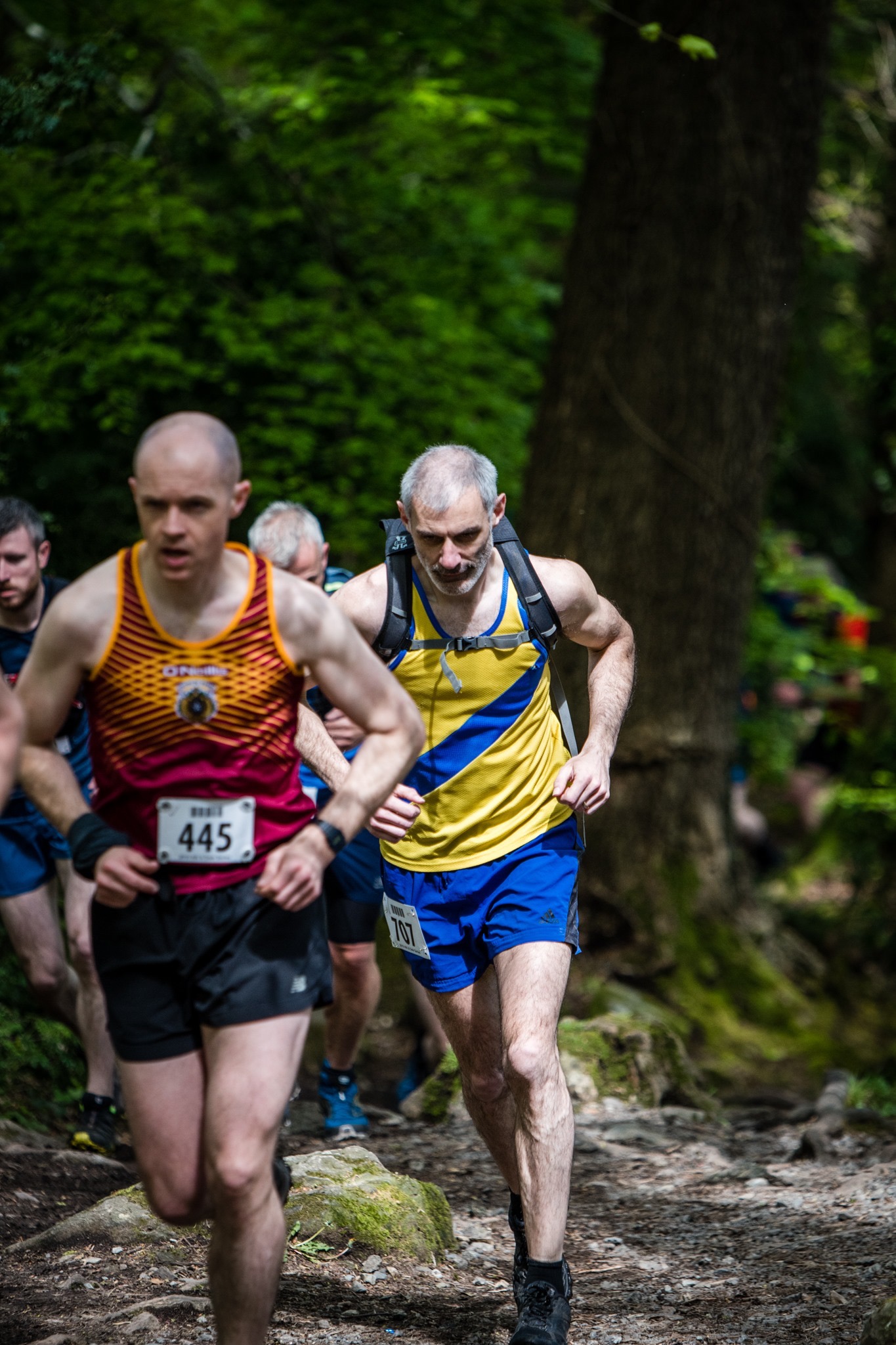 It may be compulsory for all competitors to carry a compass, a whistle and be prepared for any eventuality, but the theory behind the Slieve Donard race is fairly straightforward – Start in Newcastle Main Street, climb through Donard Forest to the summit of Northern Ireland’s highest mountain as quickly as possible (less minutes than age is optimal) and descend like a runaway train to finish on the playing fields back at sea level. The reality is rather more complicated! Nearly 2800 feet of climbing on unmarked paths and navigation skills whilst under lung bursting pressure are both essential, but on a beautiful day for mountain goats, two North Down men were up to the six mile challenge. Mark Weir is no stranger to a climb and acquitted himself well, summiting in 54:03, descending in 30:00 for an overall time of 1:24.03 (74th). Trevor Patterson was also in fine form, summiting in 1:09.11, descending rapidly in 36:34 for an overall 1:45.45 (141st). For the record, the race was won by Newcastle AC’s Seamus Lynch with a summit time of 39:10, and a barely believable descent of 17:40 for an overall result of 56:50. 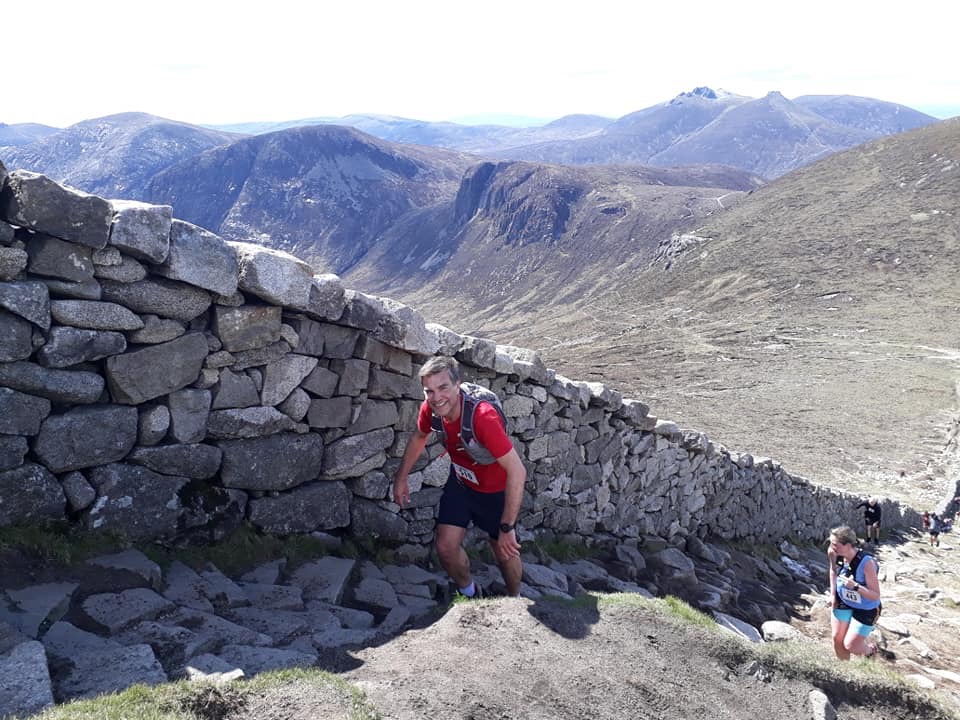 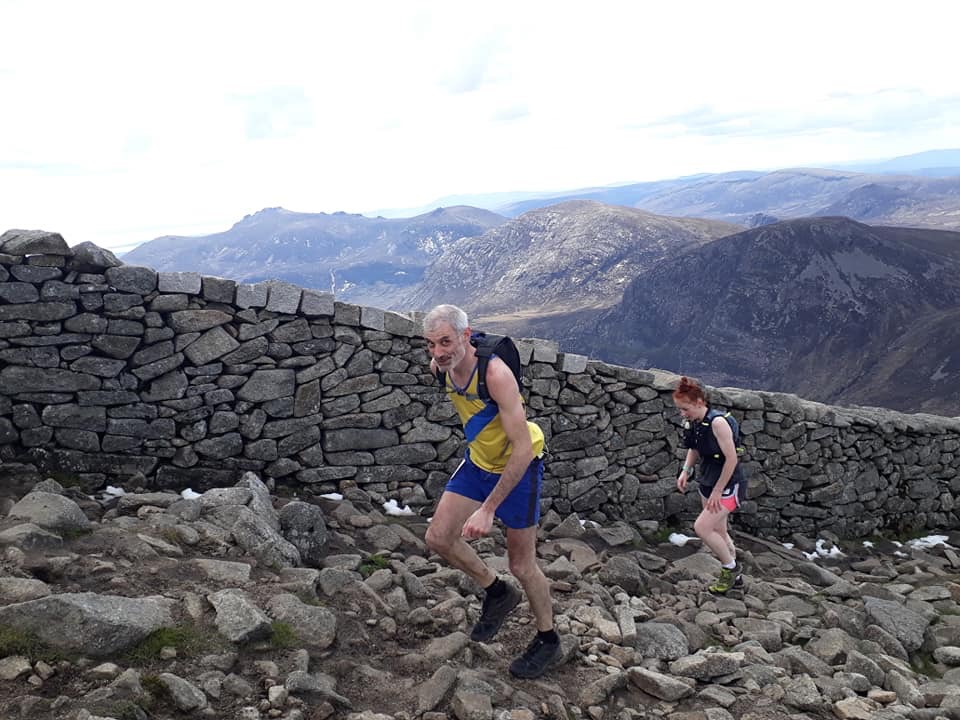