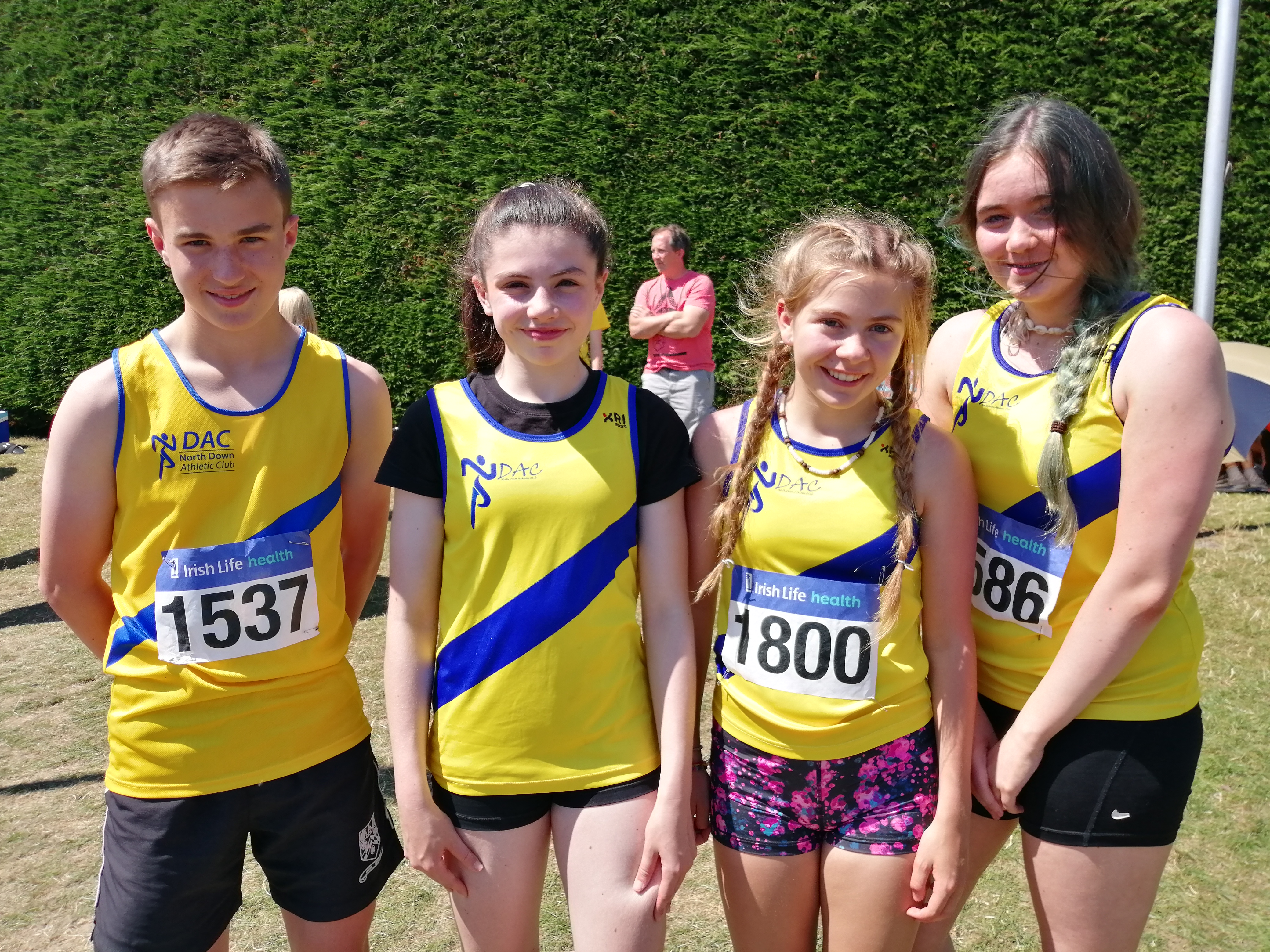 The large contingent of young North Down AC athletes who made the trip to Tullamore were greeted with perfect conditions over the two days of competition at the Irish Age group championships last weekend. Each of the NDAC athletes had qualified via the recent NI & Ulster age group championships and this was a chance for them to test themselves against the very best athletes on the island.

All of the athletes competed extremely well, bring home three bronze medals between them plus a loads of PBs.

The first of the medals came from Amy Kimber who with a best throw of 32.78m in a very consistent series took 3rd place in the U19 discus. Next on the podium was Beth Hammond, whose excellent season continued with bronze in the U15 shot following her 11.12m effort, just 9cms behind silver.

Thee only track medal was from Niamh Fenlon in the 250m hurdles. After qualifying as 2nd fastest for the final she produced a good run from lane three to secure All-Ireland bronze with a run of 37.99s.

On the Sunday Morgan Wilson produced a PB of 24.83m to finish a very respectable 10th in the U15 javelin. Other javelin results included Hannah Lawden who was also 10th, this time in the U14 event with a best effort of 22.78m. Charlie Lawden’s best of 33.84m was again good enough for 10th in the U15 boys’ javelin.

Rose McGreevy was in action in the U17 high jump where a fine jump of 1.50m placed her in an excellent 5th place. Rory Fulton was competing at this level for the first time and went very close to a medal with a superb run for 4th in the U15 200m final with a run of 25.06s after qualifying in 25.15s. Another good 200m came from Anna Cousins in the U14 category, where her 28.15s run saw her miss the final by one place.

So a successful weekend overall for the ND squad, who will all have benefited from the experience and will hopefully be back even stronger next year.