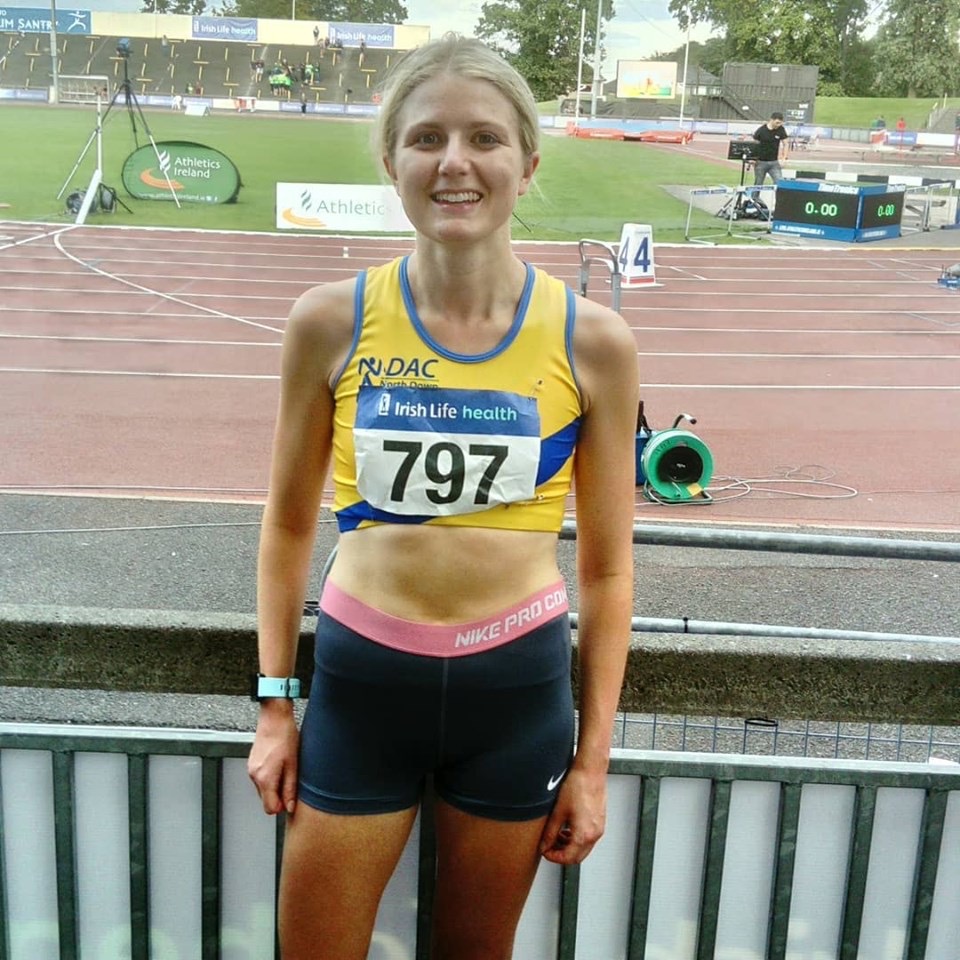 Beautiful sunny conditions greeted athletes arriving in Dublin for the 2019 track and field championships, with the cream of national talent fighting it out over the course of two days at the Morton Stadium in Santry. North Down was represented by a speedy quartet of Jessica Craig, Katie Moore, Craig McMeechan and Rachel Gibson, but as is often the way at these events, speed gave way to tactics with precious medals on the line. 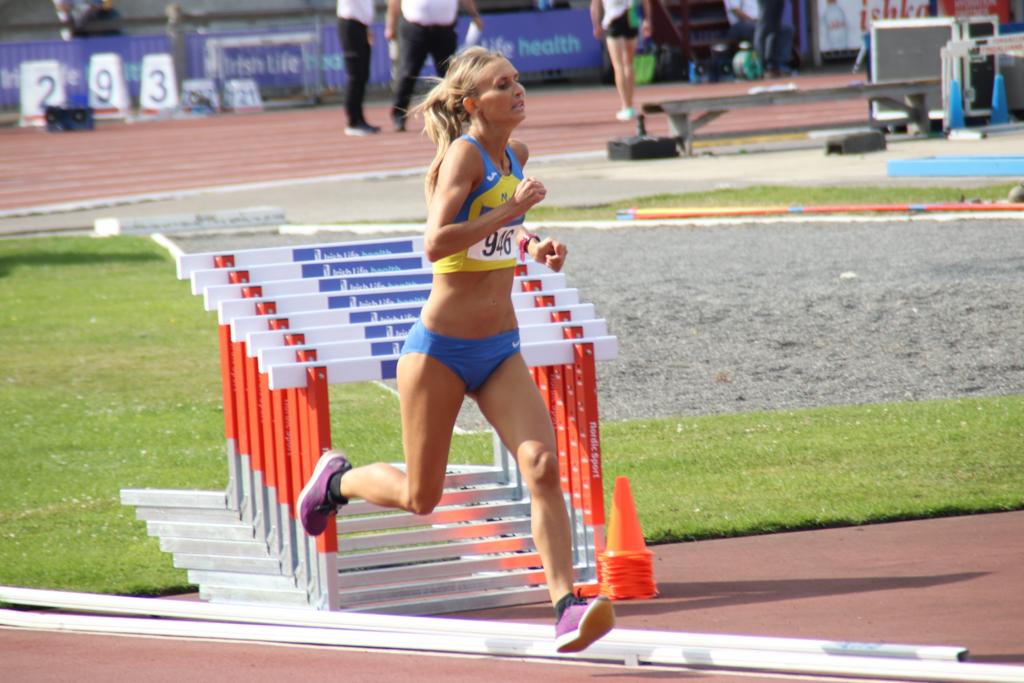 Jessica was first up in a 5000m that featured former European cross country champion Fionnuala McCormack, and after a cagey first few laps it was the triple Olympic athlete who split the field, going on to record 15:51.97, whilst the North Down lady was in touch with the battle for bronze, but eventually had to settle for 6th in 17:28.88. Katie Moore performed admirably in her 1500m heat to claim 9th in 4:35.95, whilst it was eventful weekend for Craig McMeechan, who was taken out by a faller in his 1500m heat, but finished in 4:31.72. After a successful appeal he was allowed to progress to the final, where he ran well in another tactical race, picking up a number of places on the last lap burn up to finish in 3:59.23 (12th). 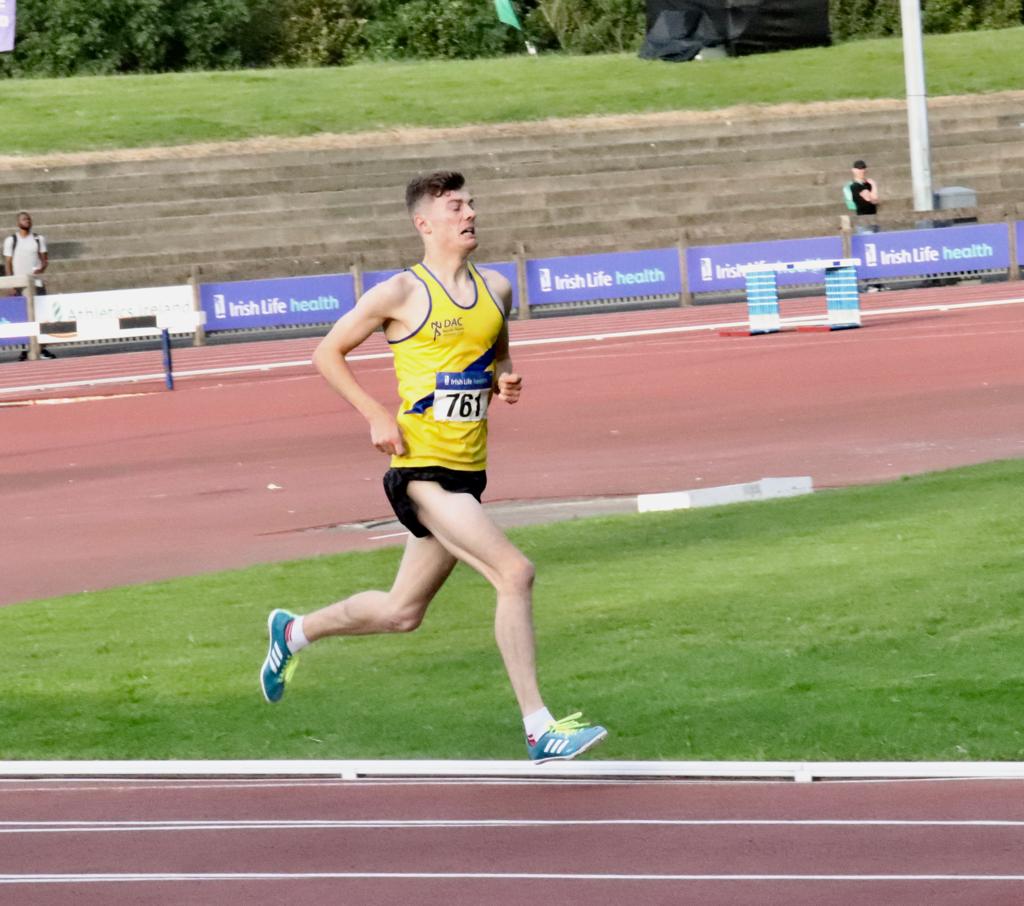 In perhaps the performance of the weekend, Rachel Gibson moved up from the 800m, at which she has been making great progress, to the 1500m and put her last lap speed to good use, finishing strongly to pick up a couple of places and claim a well deserved 5th place in 4:35.49. 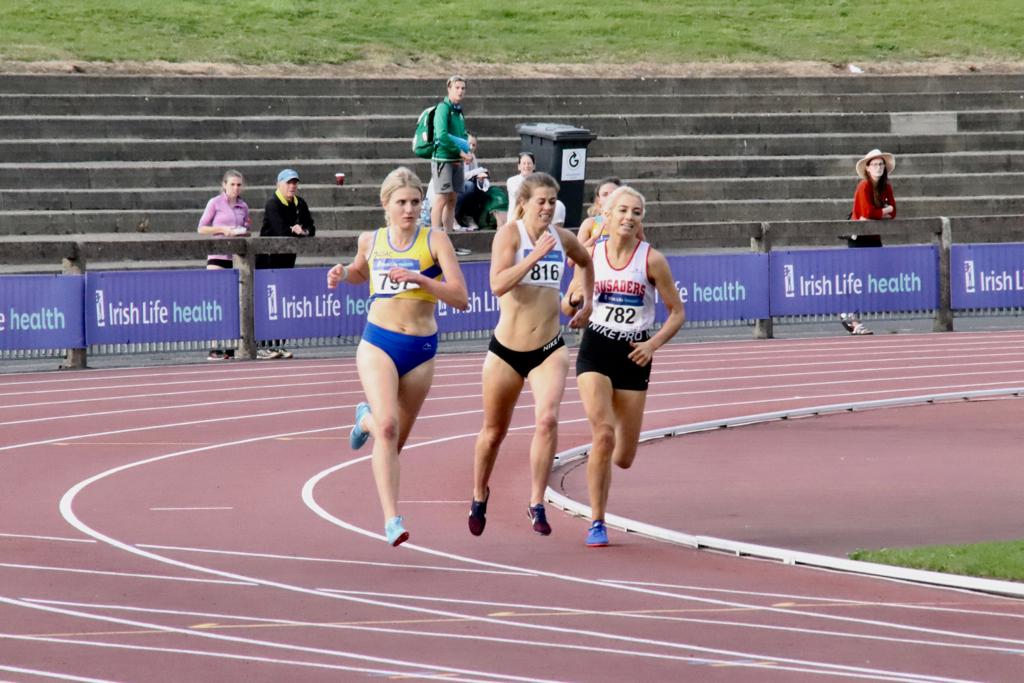