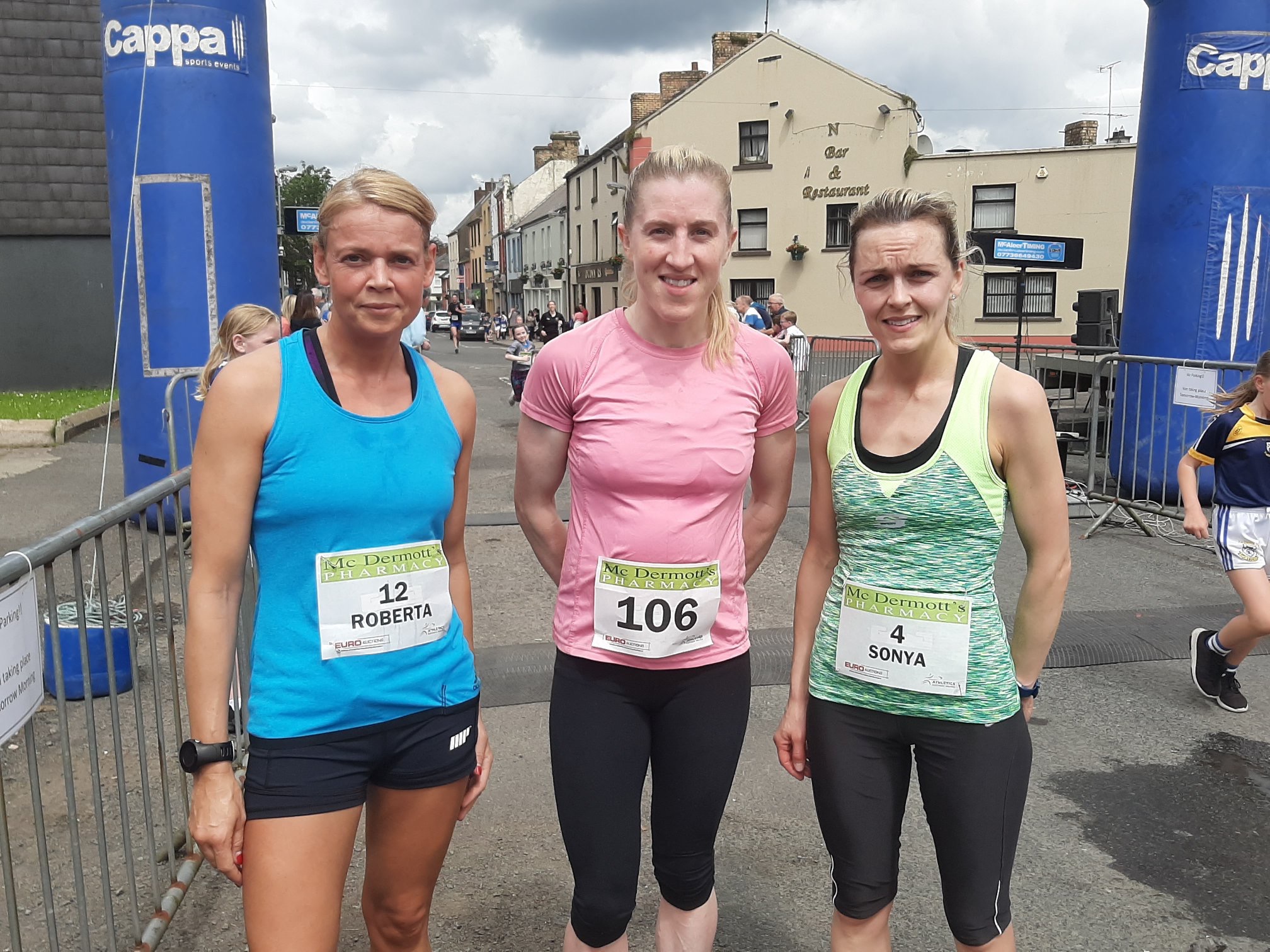 Roberta Dornan claimed another podium finish at the recent Dromore 10k, second lady across the line in a time of 44:44 which was good enough for 12th overall in the hot and humid conditions. 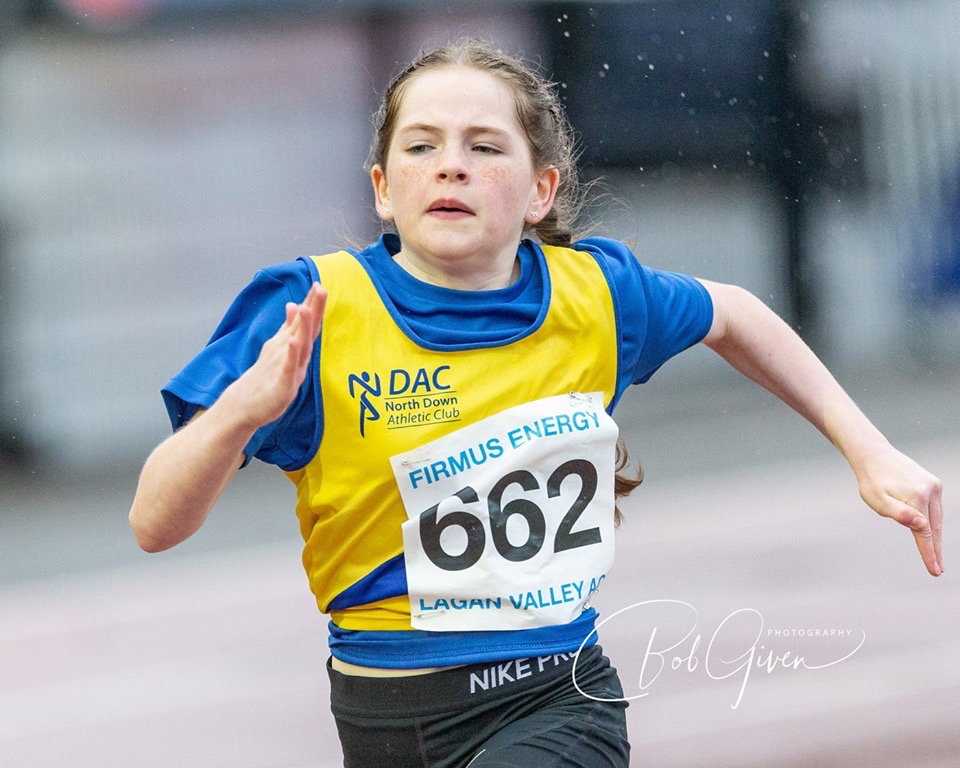 In scorching heat at the British Milers Watford meet Jessica Craig ran a seasons best time of 9:54 in the ladies 3000m, whilst on the other side of London, Rio Catney clocked an impressive 2:33 for the 800m at Tooting. 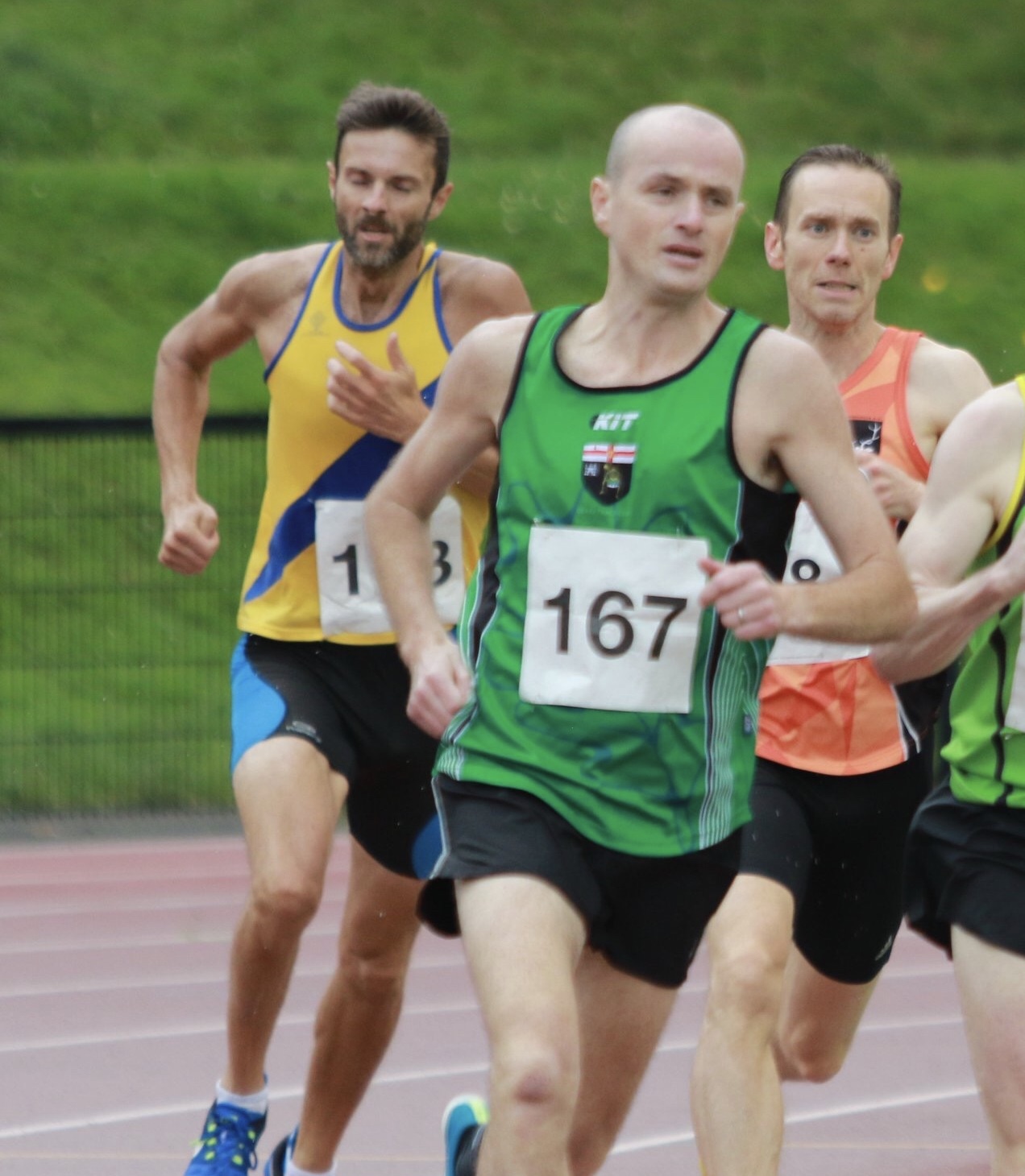 Despite taking only three athletes to the NI Masters event in Belfast, the North Down contingent all claimed a medal of some variety, on a day when morning showers gave way to much more pleasant conditions in the afternoon. 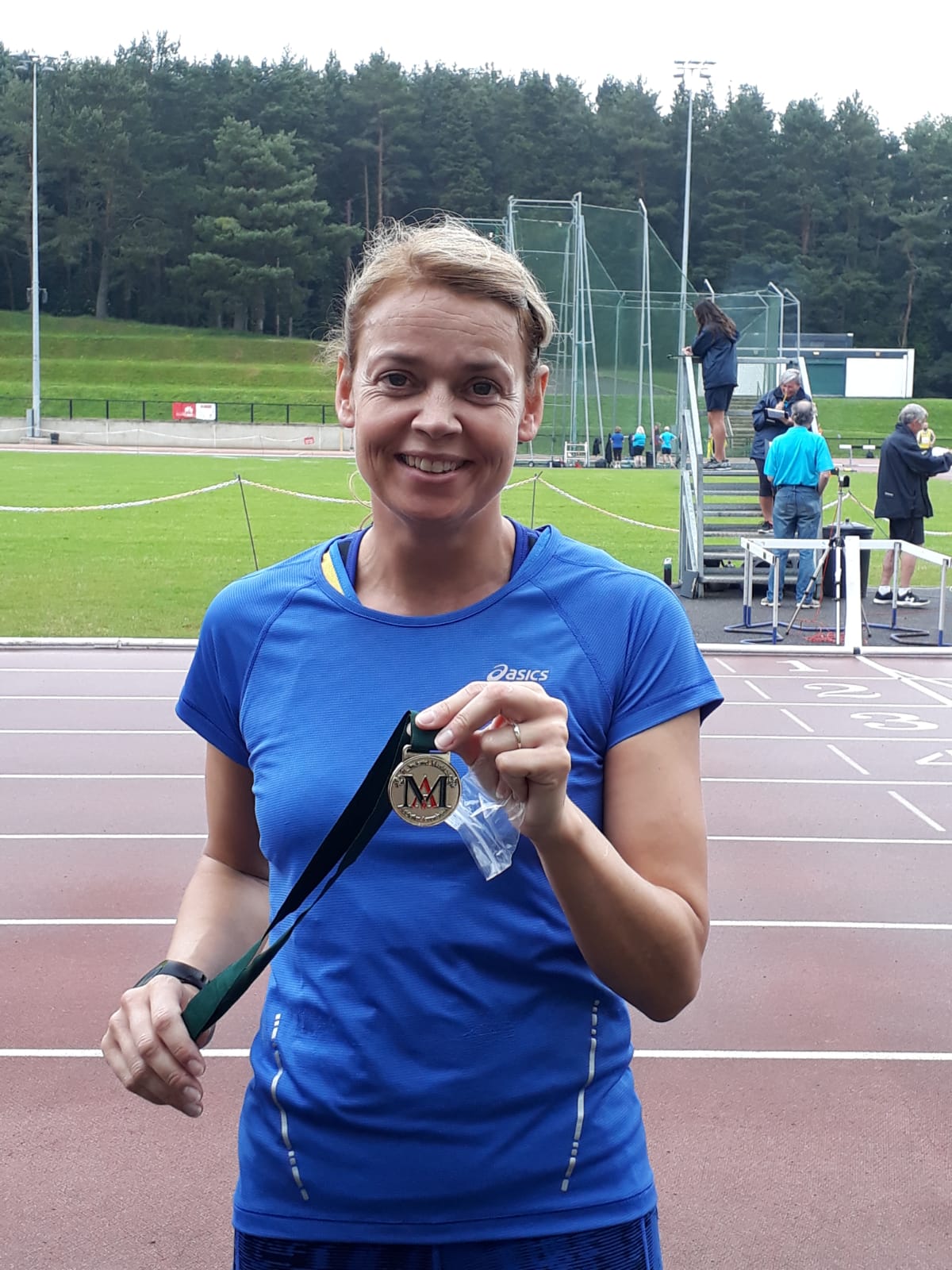 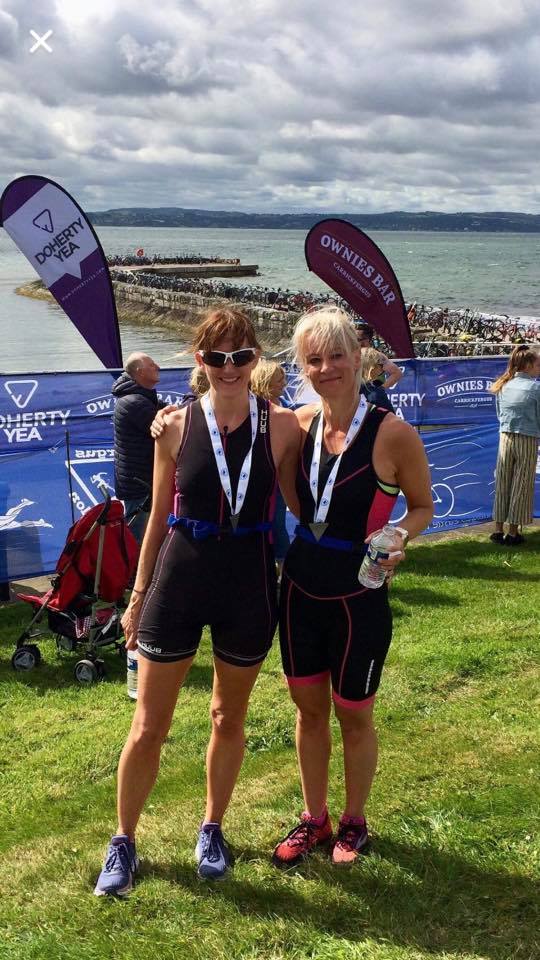 Congratulations to a couple of our recent marathoners who decided to try their hand at something completely different on Sunday. Competing in their first triathlon, Melanie Patton and Jane Stevenson covered the 250m swim  20k cycle and 3k run in 1:21:16 and 1:22:01 to finish 29th and 31st respectively.

It wasn’t just the temperatures across Europe that were scorching at the weekend, as there were also a number of sizzling performances on the track in Mannheim at the annual Bauhaus Junior Gala where Aaron Sexton & Rachel McCann were part of a small Irish Junior team that made the trip to south-west Germany to compete against athletes from across Europe.

Rachel McCann was one of several athletes who were primarily there as part of a relay squad, however, she did get to run in Heat 1 of the 400m on Saturday and was rewarded with a good win and a new pb of 56.08s to place her 11th overall in the seeded heats. It will surely only be a matter of time before she breaks the 56sec barrier. This was followed on Sunday by the 4x400m relay in which she ran the anchor leg and brought the team home in second place and a new Irish Junior record of 3:44.33. 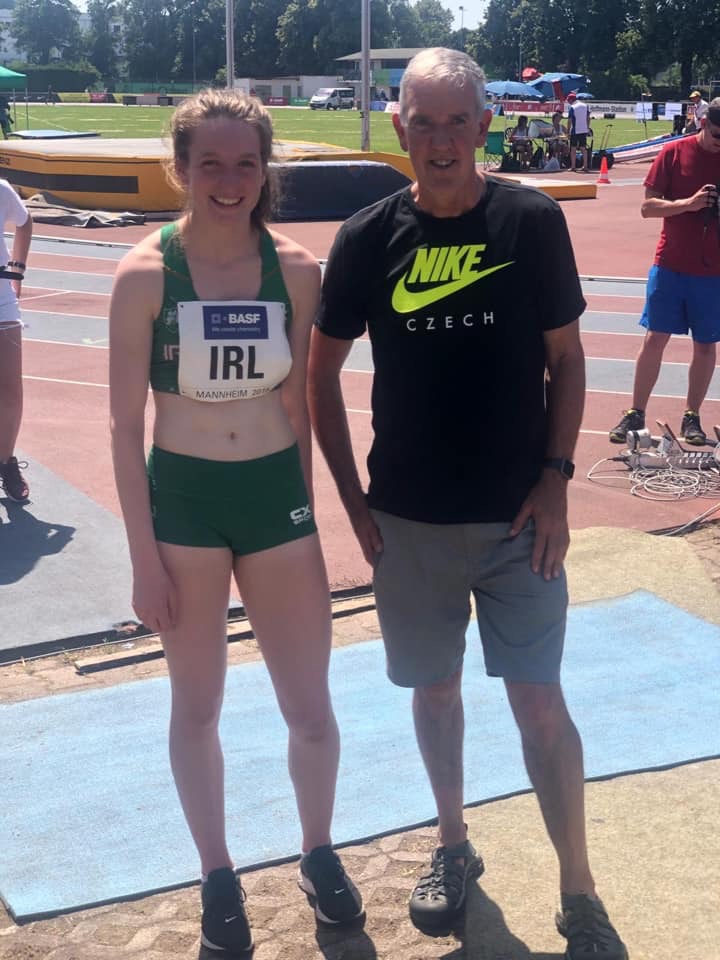 Aaron Sexton ran a storming second leg in a hastily re-shuffled 4x100m team that finished second to GB in 40.40s, the second fastest ever time by an Irish Junior team. On Sunday, he won the fifth and final race of the seeded 200m heats in an impressive 20.79s but was pipped by just 0.03sec for first overall by GB’s Joe Ferguson who took half a second off his pb in heat three. 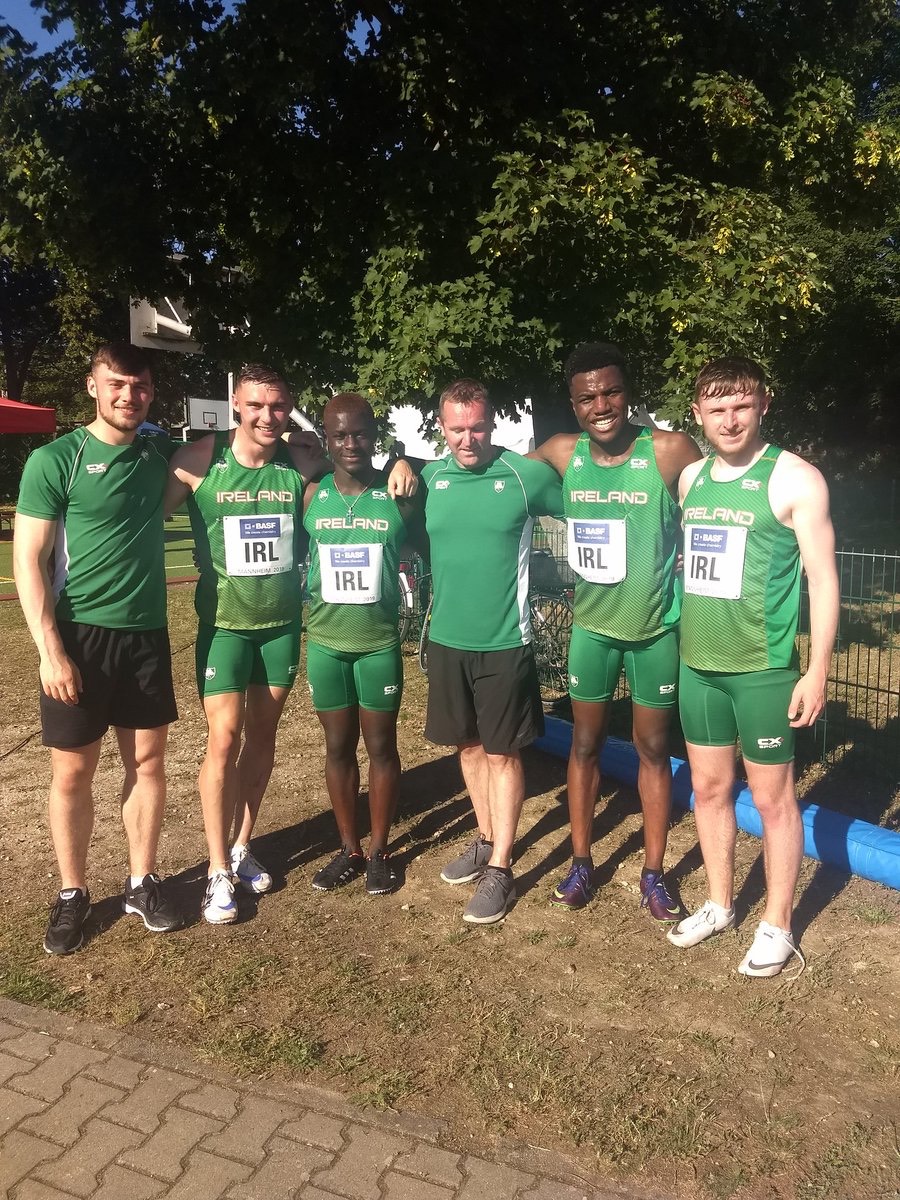