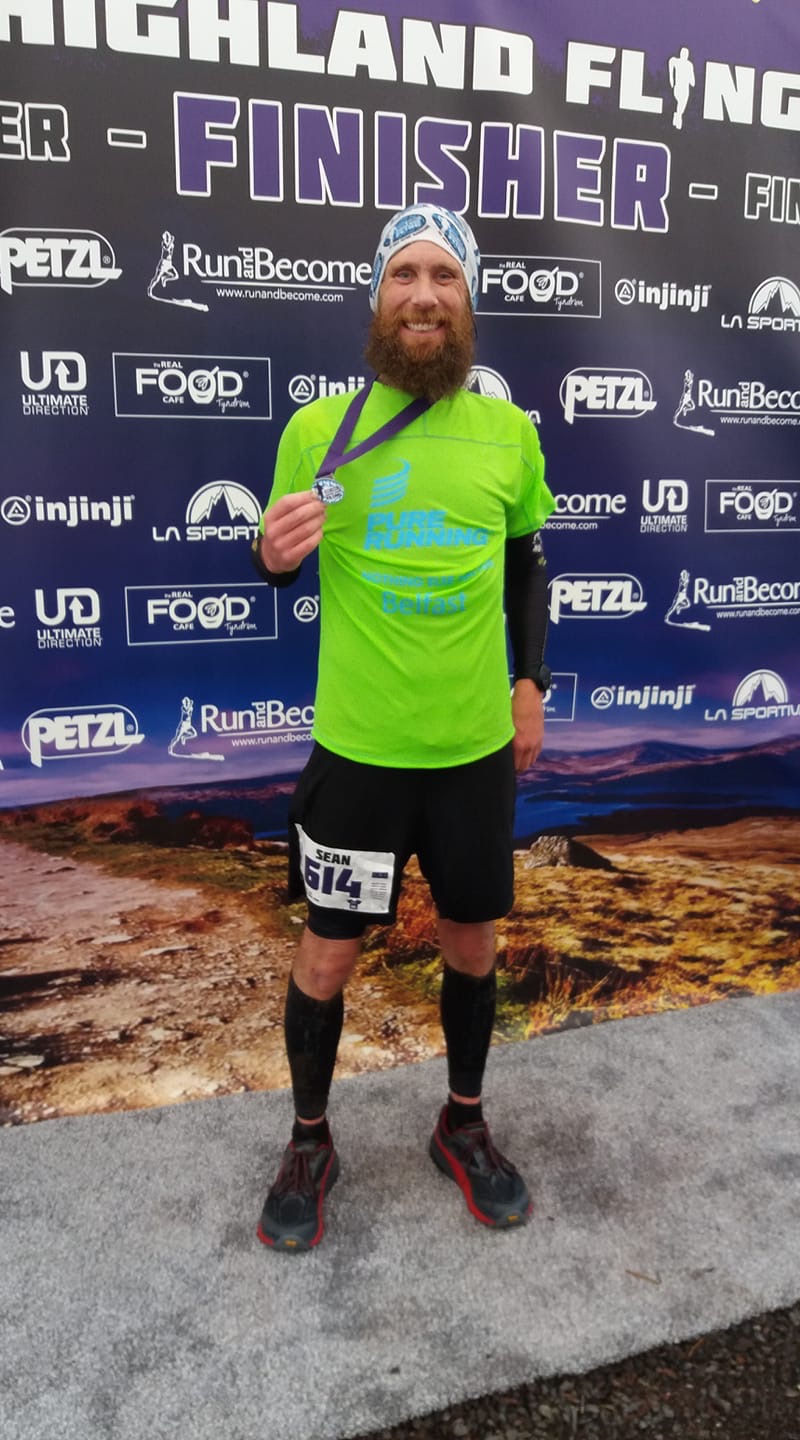 With a race route that started in Milngavie and followed the first 53 miles of the West Highland Way, the chances are that North Down man Séan Nickel took both the high road and the low road along the bonnie banks of Loch Lomond, and still ended up in Tyndrum before most of the competitors. On a course that was mostly trail and included 7500 feet of ascent the experienced endurance athlete moved steadily through the field to claim an outstanding 41st out of 647 finishers (12th in age category). With a starting list of over 750 the attrition rate was obviously quite high, but despite a couple of slips and trips our local hero was delighted to take nearly 90 minutes off his previous best to eventually claim his medal after 9:15:17 of hard grind.