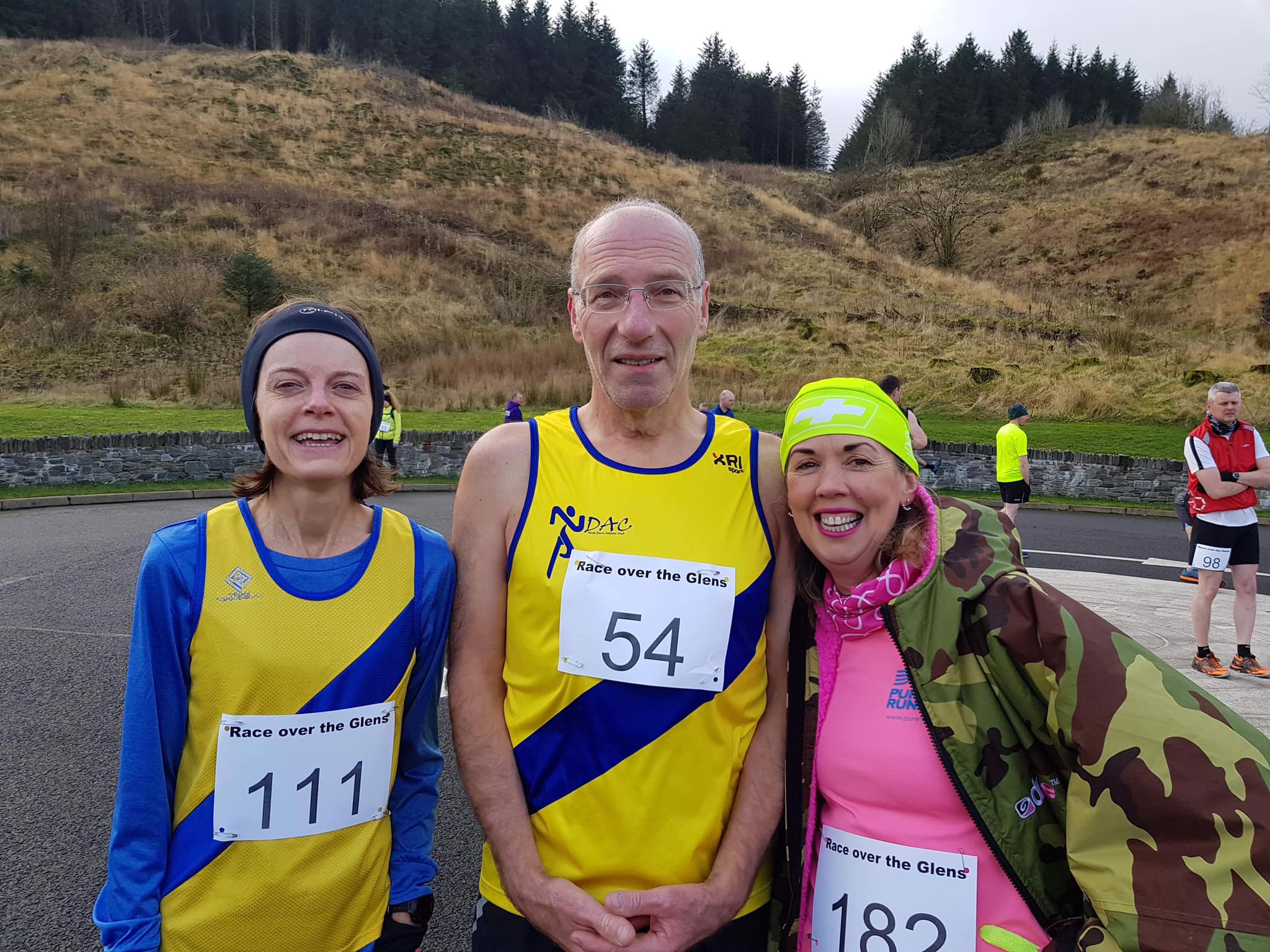 Race Over The Glens 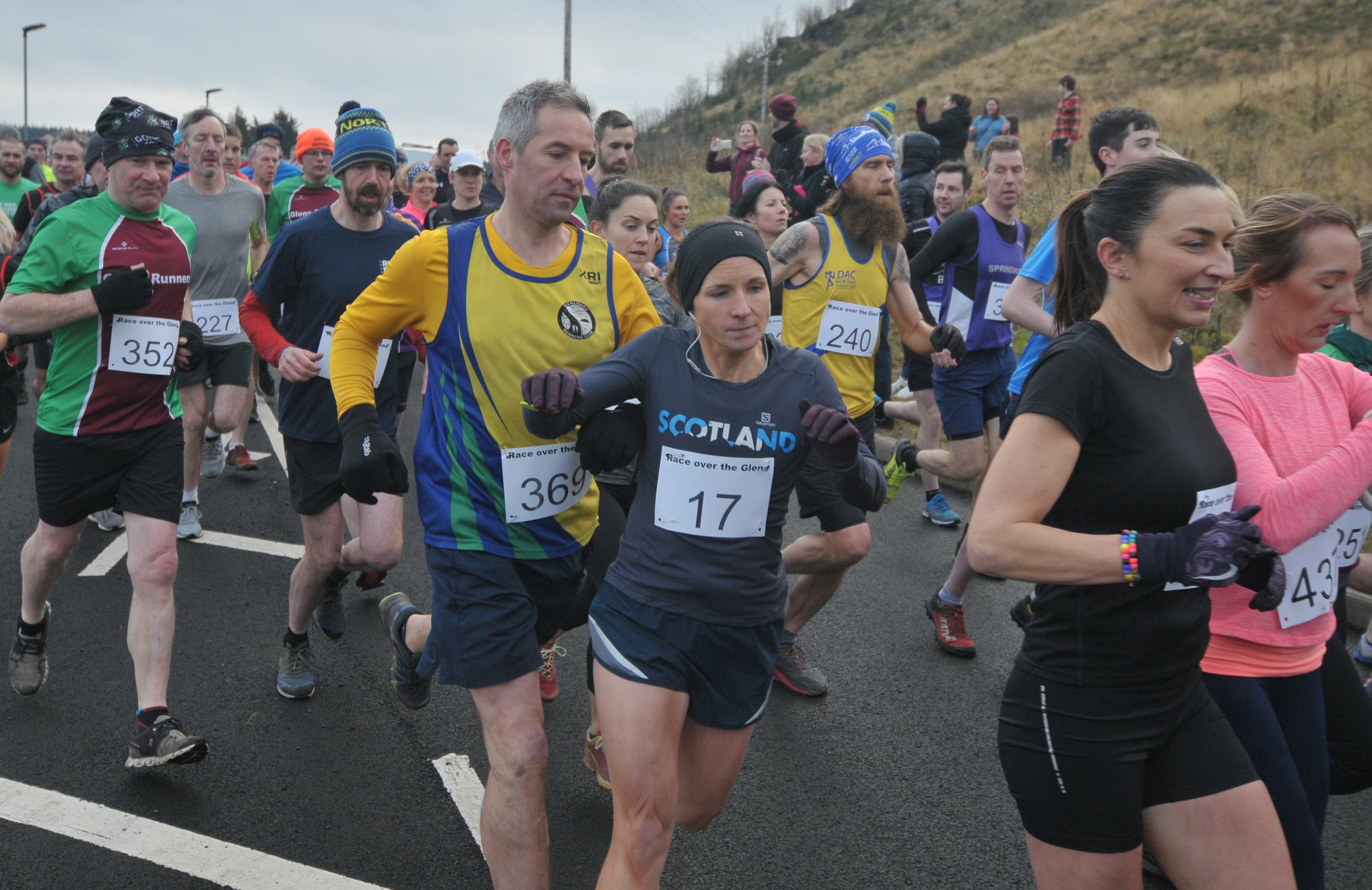 Glenariff Forest Park was again the host for the thinking man, and woman’s, choice for an ideal start to the new running year, with approximately six miles of trail, 700 feet of climbing and a lone piper to get January 1st off to the best possible start. The much anticipated race, efficiently hosted as ever by Ballymena Runners, attracted a record crowd of 417 athletes, and offered a course which lured first time participants into a false sense of security, an undulating few miles followed by a long down hill section, leading to the inevitable lung busting climb back up from the valley floor. 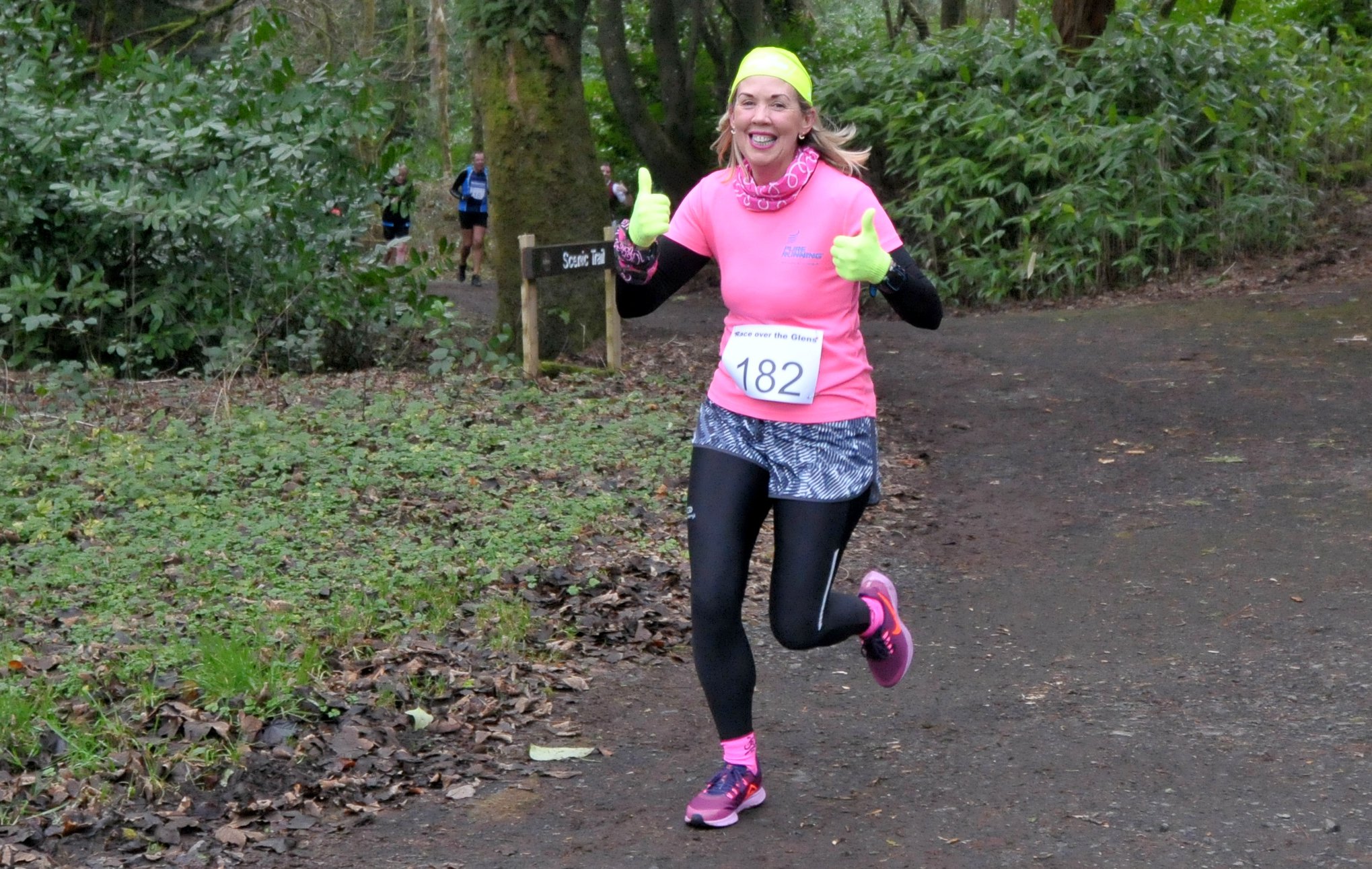 North Down was represented by a magnificent seven, Simeon Cathcart leading them home in a tremendous time of 41:15 for 31st place overall, while Frankie Rea (43:00) took yet another age category win and 50th overall. Les Wilkinson (44:32) was 2nd behind his clubmate in the M60 bracket, and 74th overall, while Sean Nickell finished 85th in 45:15. Catherine Roberts had a great day out, and was first in the F45 category in a time of 46:27, June McMinn clocked 55:44, whilst Paula Simpson was the pride of her family having completed the course in 1:02:58.

As usual, the good folks at EAMS had something for everyone, with back to back marathons on December 30th and 31st, as well as a 6 hour challenge on New Year’s Day. Always one to run a marathon at the earliest available opportunity, Andy Belshaw lined up at Carrick Castle on the opening day, and duly completed his 26.2 miles in a time of 5:03:09. 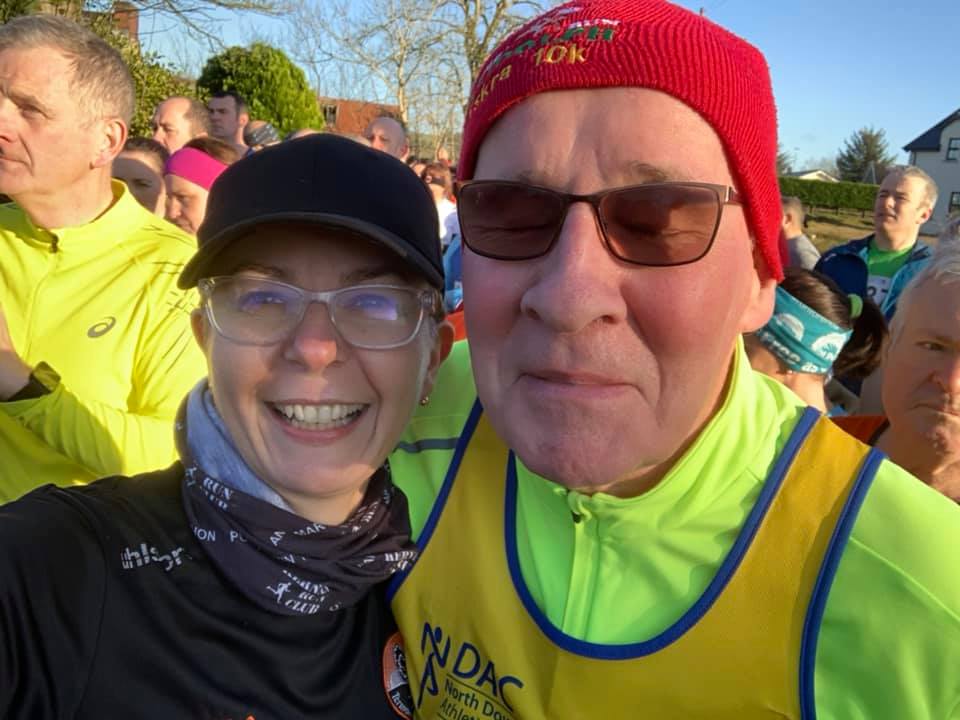 Loughmacrory, between Cookstown and Omagh, was the destination of choice on New Year’s Eve for those athletes looking to fit one last race into their 2019 schedule, and in the end two of North Down’s ‘mileage men’ duly obliged, with Andrew Muir clocking 38:43 and Pat O’Driscoll, 50:13, for their final five miles of the decade. The ever popular ‘Run Forest Run’ series continued on Saturday, in the scenic surrounds of Tollymore Forest Park, where It would appear that Christopher Ballentine, who was the club’s sole representative on the day, finished well up the field in 45th place, with a time of 43:48.

Having seen off the previous decade whilst in constant motion, Pat O’Driscoll clearly has no intention of slowing up in the ’20’s, and completed his most recent half marathon in Armagh at the ‘Beat The January Blues’ event in 2:43:42 for 58th place. 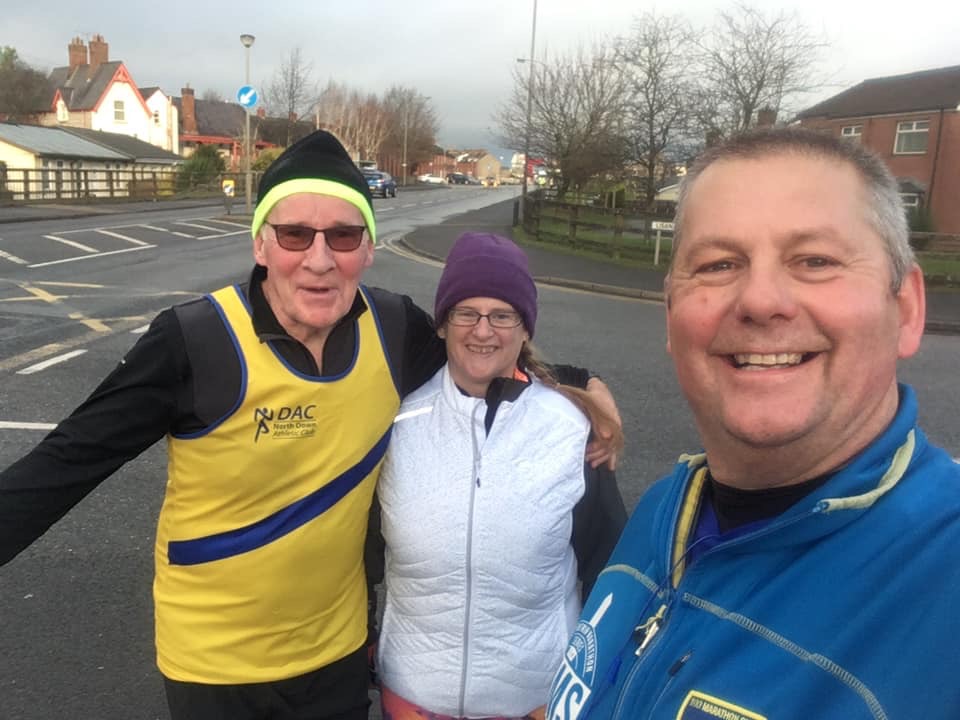