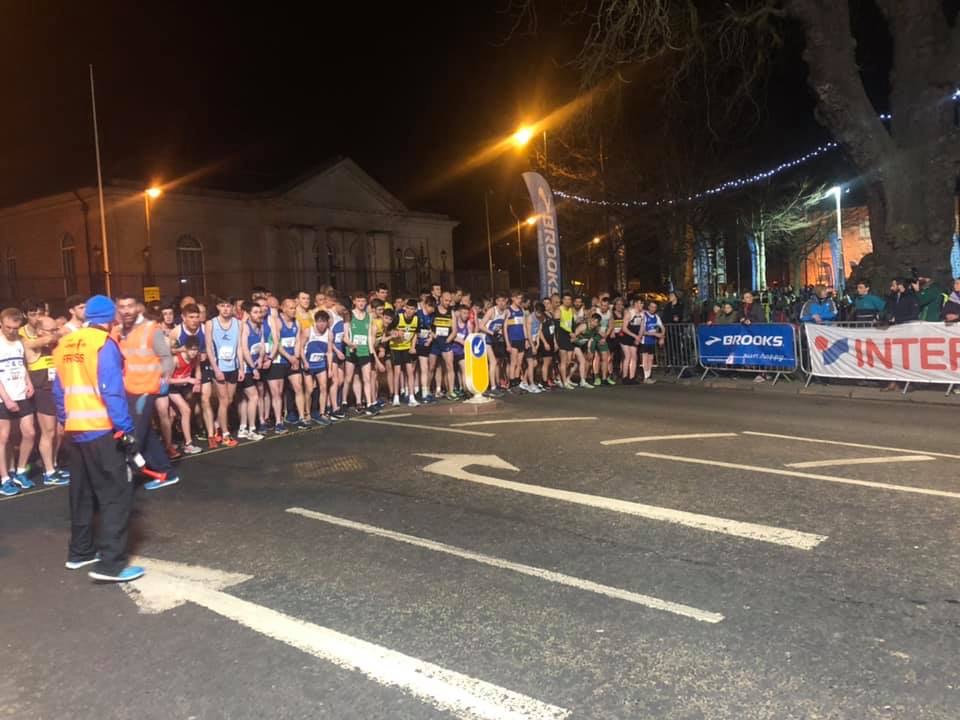 Long established as the ecclesiastical capital of Ireland the cathedral city of Armagh has for at least the last quarter of a century been the holy grail for 5k specialists in search of a fast track and a quick time. A race with a fascinating history, it has its origins as one of a series of events, including two cross country races, to be included in Armagh’s inaugural International Sport & Cultural Week back in 1975.

The brainchild of local legend Brian Vallely, the events were run under the rules of the National Athletic & Cultural Association of Ireland (NACAI), originally an athletics based branch of the Gaelic Athletic Association and an organisation that ran in parallel to the Northern Ireland Amateur Athletic Association until affiliation in 2000.

After taking up the role of NACAI international Secretary in 1973, Vallely saw it’s affiliation with the International Workers Sports Federation as an opportunity to bring over the cream of athletics talent from across the Iron Curtain in countries such as the USSR, Poland and Czechoslovakia to compete in Armagh. Later associations were made with labour sports organisations in Western Europe, resulting in more top athletes flooding in from countries such as Italy, Portugal and France, amongst others.

The race as we know it today dates back to 1990 when Vasily Koromyslov of the USSR broke the tape and for nearly three decades since then a mix of international athletes and top class locals have targeted Armagh’s flat and fast mall circuit as an opportunity to test themselves against a ‘stacked’ field. To put the standard into context, the course record for Victoria parkrun is currently held by Irish international Paul Pollock, whose 14:56 is the only sub 15 in the eight year history of the event. Last year alone, 93 athletes dipped under 15 minutes at the Armagh Road Race, with Sam Stabler (13:59) having to break 14 to take the win.

And so it was that on a mild and beautifully calm Thursday in February one of Ireland’s smallest cities once again found itself hosting a series of races culminating in an elite event of such a standard that the organisers quite rightly bill it as ‘One of the fastest 5k races in the world’. A variety of kids races, in which the club was well represented by Holly Blease, served as a fine prelude to the main ladies race of the night – the International 3k. North Down was proud to be represented on the Northern Ireland team by Rachel Gibson who duly delivered a performance worthy of the vest to finish in 9:55 (45th). Not far behind Sarah Grant (10:16) claimed 57th, Katie Moore ran 10:26 for 70th, Emily Mills (11:07) in 90th and Bryanna Catney (12:11) for 111th. 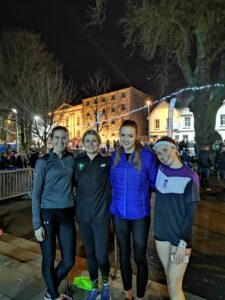 In the men’s 3k Francis Marsh (9:38) claimed an age category win and 36th place overall, whilst Nick Irvine (9:39/41st) took a big chunk out of his PB in finishing close behind. Chris Downey (10:20/74th) and Phillip Ballie (10:37/83rd) can be happy with their nights work but were probably both overshadowed by the grand master, Terry Eakin, who was once again in fine form in running 11:37 for 113th. 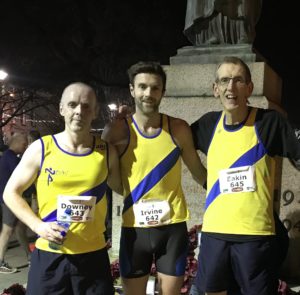 Undoubtedly the big draw of the evening was the showpiece 5k race in which hopes were high for 100 men under the 15 minute barrier. The club was represented by Craig McMeechan who ran brilliantly, refusing to get carried along with the electric start and showing impressive maturity to run his own pace before pushing on in the later stages. In the end the title went to Finnish visitor Topi Raitanen who came in like a runaway train to post 13:43 (1 of 12 men to dip under 14 minutes). To the winner went the spoils but the sub plot of the Armagh 5k is always the number of men under 15 minutes and as the athletes flooded over the line the excitement in the voice of the race announcer hinted that the record was on. As the crowd counted down the last ten seconds a familiar yellow and blue vest came into view and with one last effort Craig McMeechan burst through the line, 14:59 and the last of a staggering 113 men to break 15. After 16:29 it was all over but spare a thought for that 202nd individual, Russ Mullen of Hayward Heath Harriers – his time would have placed him first at every single one of the 269 Armagh parkruns since the local event began six years ago! 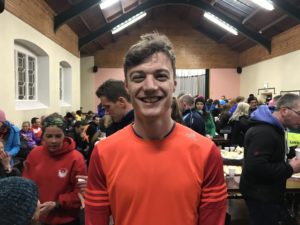 A truly special night and huge thank you to Armagh AC for a series of inspiring events and a great spread in St Marks church hall afterwards.