Race Over the Glens 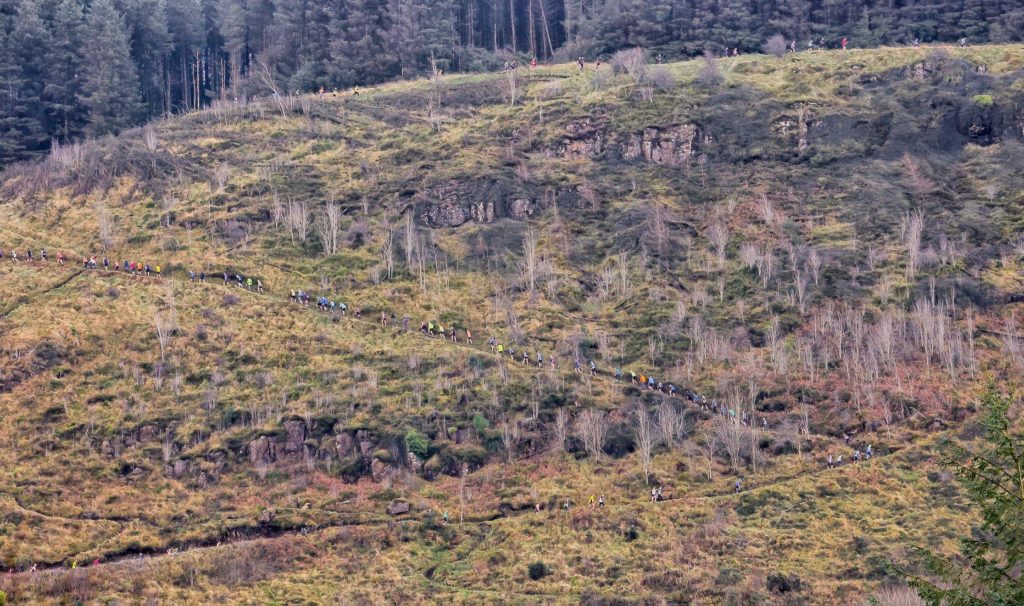 Traditionally the most energetic start to a New Year, ROTG has suffered cancellations and postponements in recent times, but returned to its punishing best on Saturday, with 388 athletes getting their resolutions off to the best possible start. 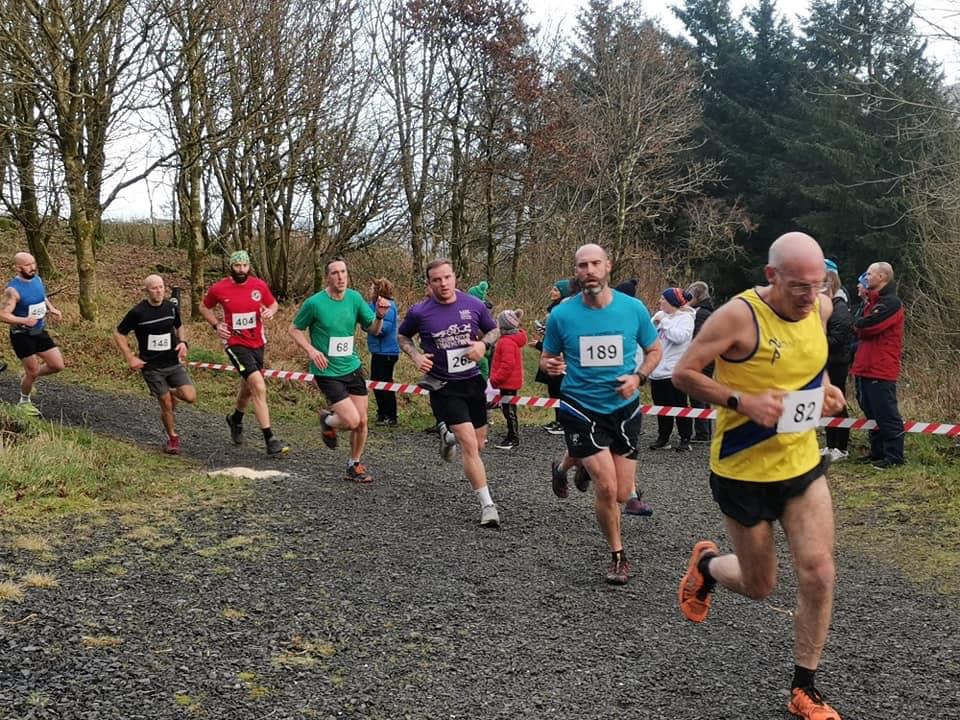 Fresh from a team win at the Castlewellan Christmas Cracker, Zac Hanna was again the star of the show, covering the six miles around Glenariff Forest Park in 34:36, with Martsje Hell taking the ladies honours in 45:03, while North Down AC was represented by a daring half dozen, all of whom made light of the punishing ascent, on a day when 750 feet of climbing helped raise almost £1000 for the NI Air Ambulance. 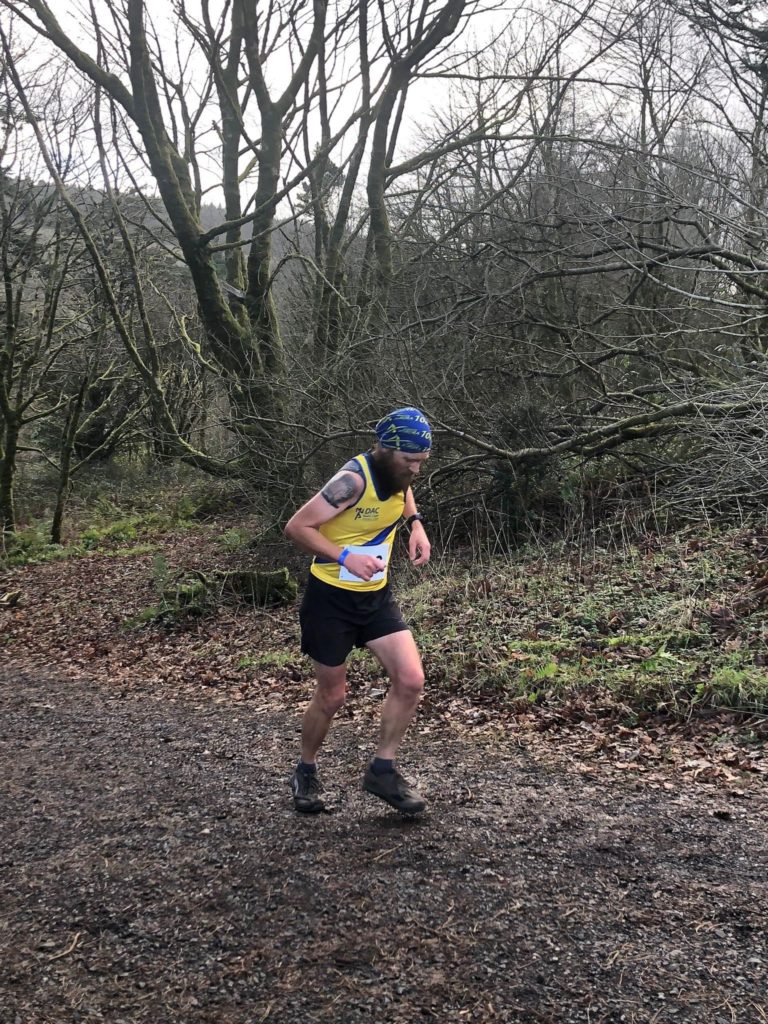 Despite being more accustomed to flying around courses on his bike, Ray Brownfield’s cycling engine has converted seamlessly to running power and he was first of the yellow vests home, in a time of 48:37, Sean Nickell followed in 49:37, while Frankie Rea (49:52) claimed the M65 honours, after a high quality battle with club colleague Les Wilkinson (51:13/ 2nd M65). Peter McQuillan followed up his Hawtin Shield win with a time of 55:19, while Ange Perrott showed no ill effects from her Castlewellan Cracker adventures and completed club representation in a more than respectable 55:28. 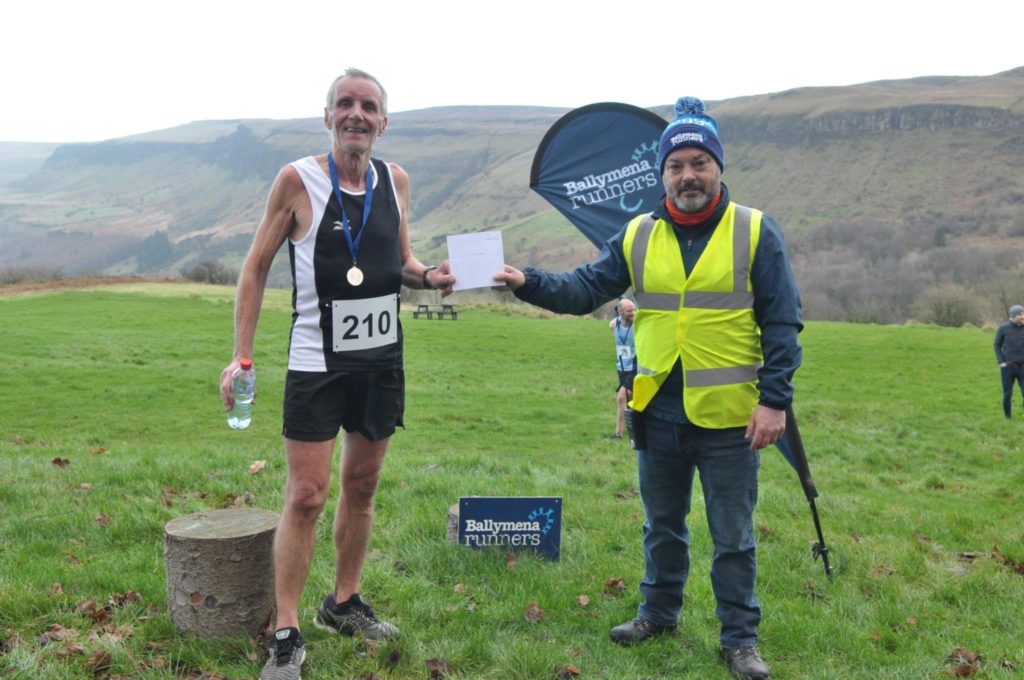 Race Over the Glens – Results

EAMS Back to Back Marathons 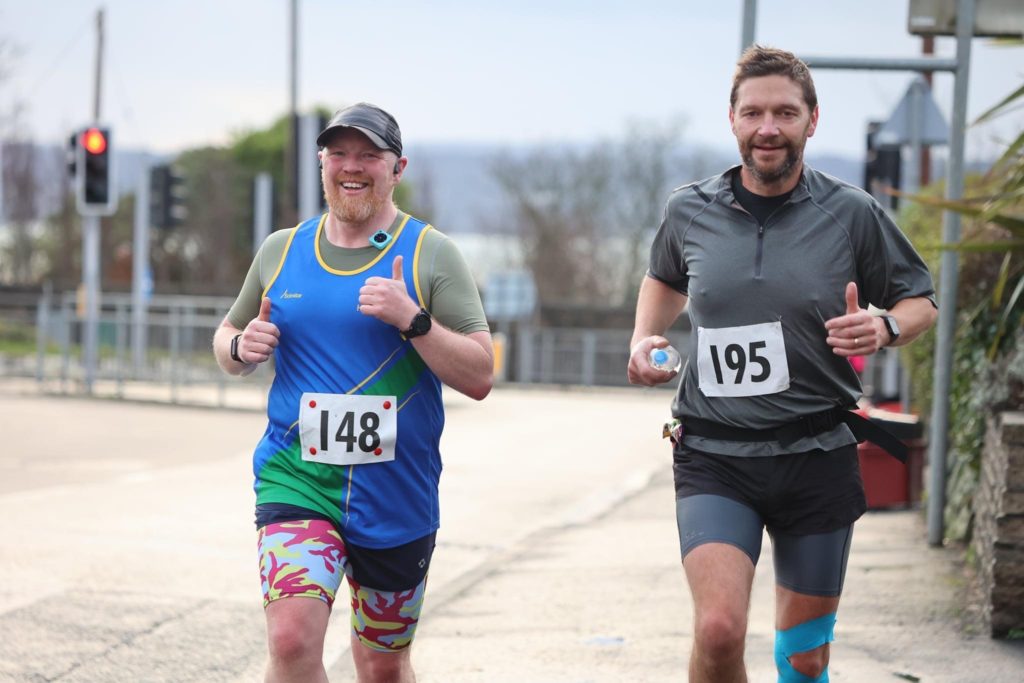 The good people of the East Antrim Marathon Series hosted their own traditionally challenging event, starting on 30th December, with two back to back marathons along the Jordanstown Loughshore as their way of seeing off 2020 in style.  Andy Belshaw moved one step closer to his marathon half century with an effort of  3:57:02 (5th) on the challenging New Years Eve course, while Sarah Benton completed an excellent year of running with a well deserved win in the ladies half marathon, on the first day, in a time of 1:49:35.