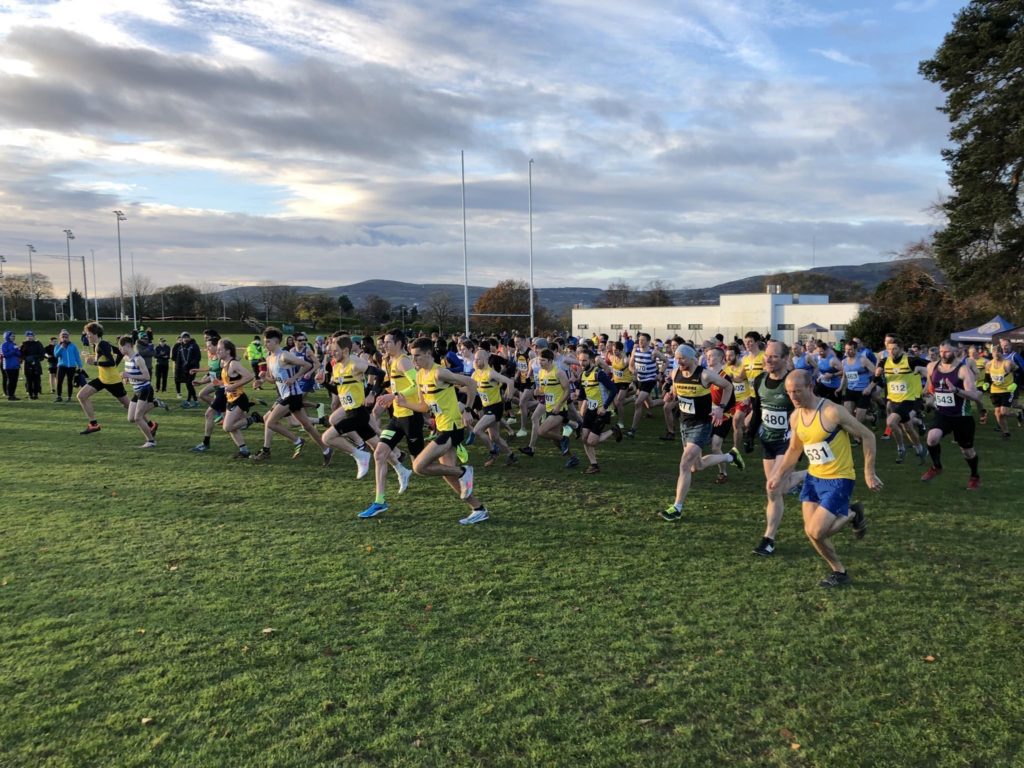 The latest round of the Athletics NI cross country league visited The Dub playing fields in Belfast on Sunday, the worst of Storm Arwen having passed through, leaving a pleasant winter day for all who laced up their spikes. 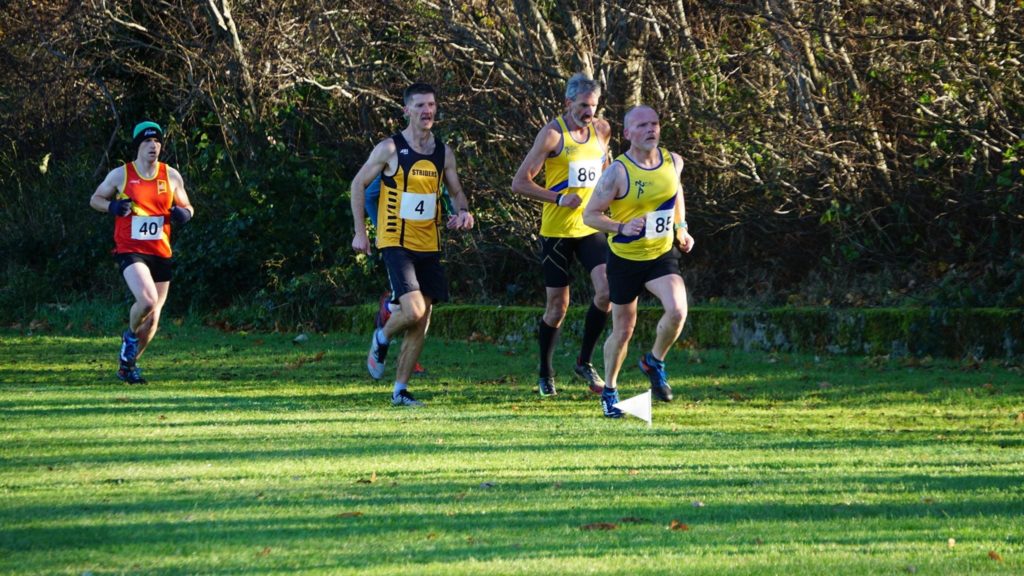 North Down had representation across all the races, with the masters men getting things up and running in fine style, Nick Irvine the best of the yellow and blue vests (19th overall), followed by David Massey (26th), Simon Boyle (30th) and Michael Boyd (39th). Marc Wilson crossed in 46th, Philip Mulligan (49th) and Gerry Adair (61st). 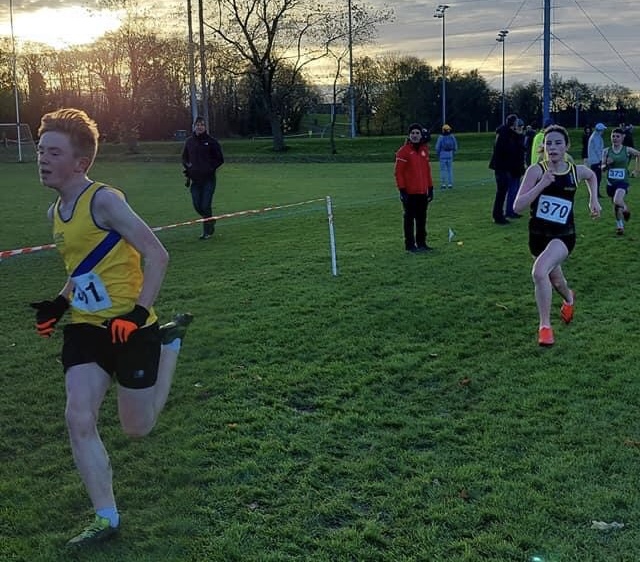 The youth section were up next with the youngest kids taking on a one mile course, Bailey Duncan running strongly to claim fourth position, while Alex Downey was eighth. Conor Adair placed a creditable ninth for the U15’s in a combined race with the girls, for whom Lucy Magreehan (13th), Anna Moran (14th) and Emily Barry (15th) crossed the line in quick succession. 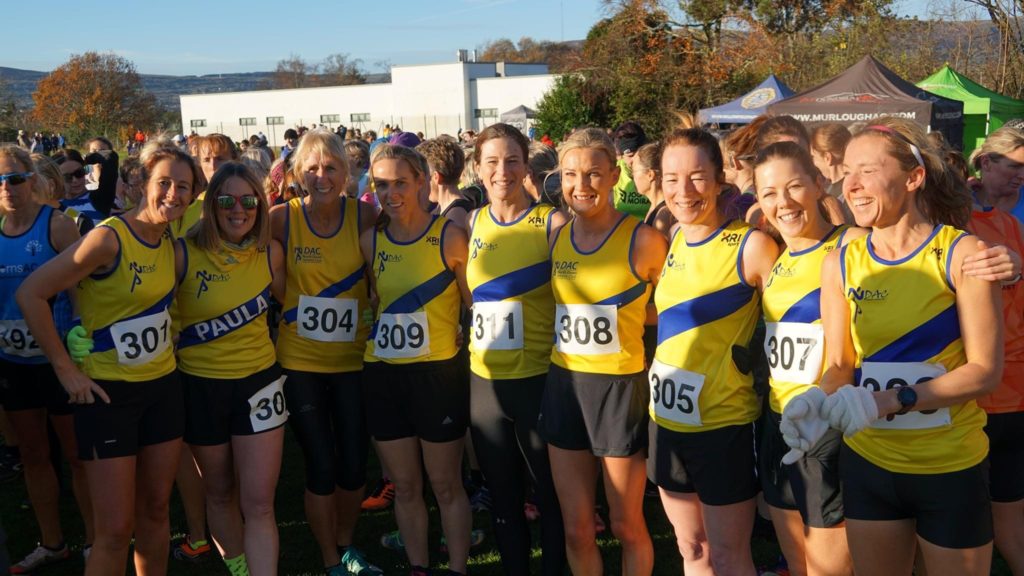 Fiona McQuillan had an excellent run to finish tenth amongst the senior ladies, and was second in her age category, while Clair Quigley (17th) was not far behind after another of her trademark determined efforts. 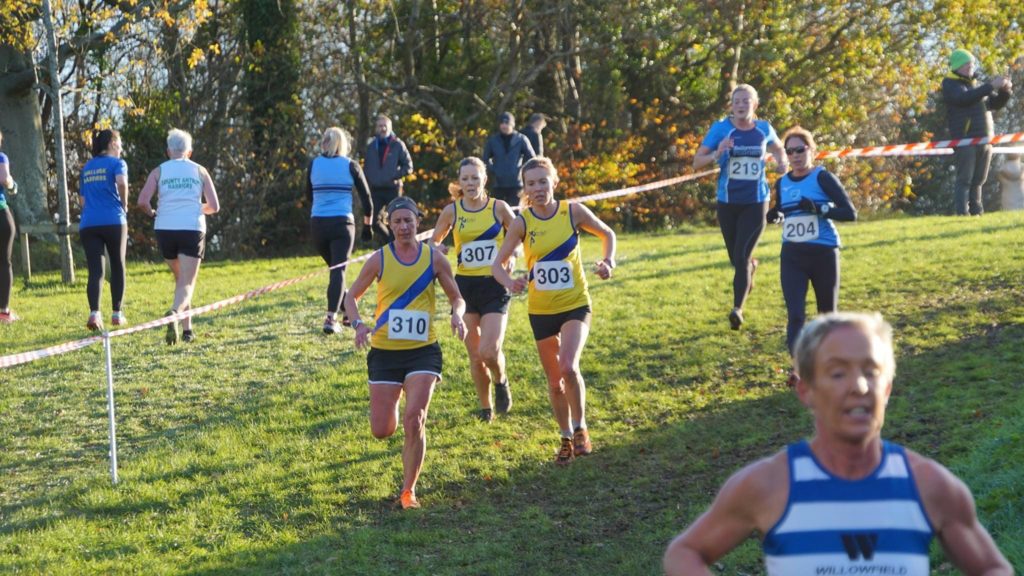 Little separated Lindsay Doulton (36th), Valerie McDonough (40th) and Julie Wilson (44th) throughout the race, a trio of committed athletes who helped secure a fourth place team finish, another excellent return for the ladies and a pleasing result for club captain Claire Scott, who herself was well up the field in 47th. 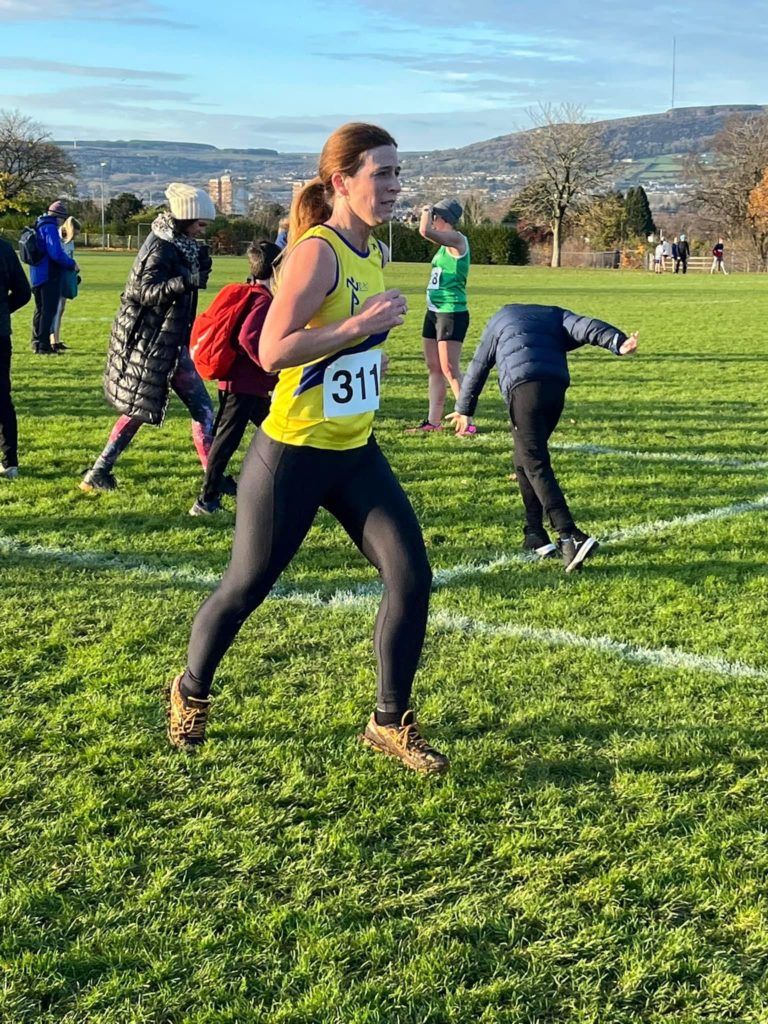 As ever, participation points were there to be added to the team effort, Sarah Benton (65th) and Glynis Boyle (69th) making excellent contributions to the group, as did the welcome return of Jo Moran (106th), with Paula Simpson (108th) completing North Down representation in fine style. 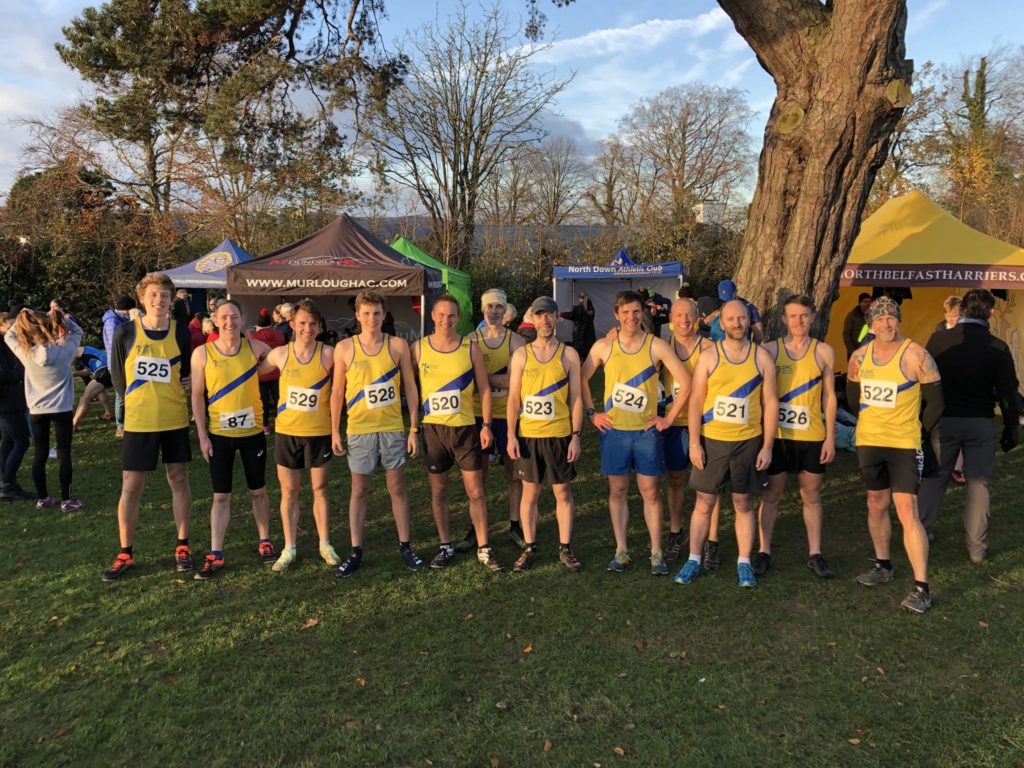 The final race of the afternoon pitted the senior men against four miles of challenging terrain, Jamie Coulter-Smyth again the star turn for the Bangor vests, with a tremendous tenth place finish, amongst quality opposition. James Budde (18th) ran to his consistently high standards, while Gareth Watton (21st) and Dale Murray (22nd) packed well to secure a fine third place finish in the ‘four to score’ Malcolm Cup. 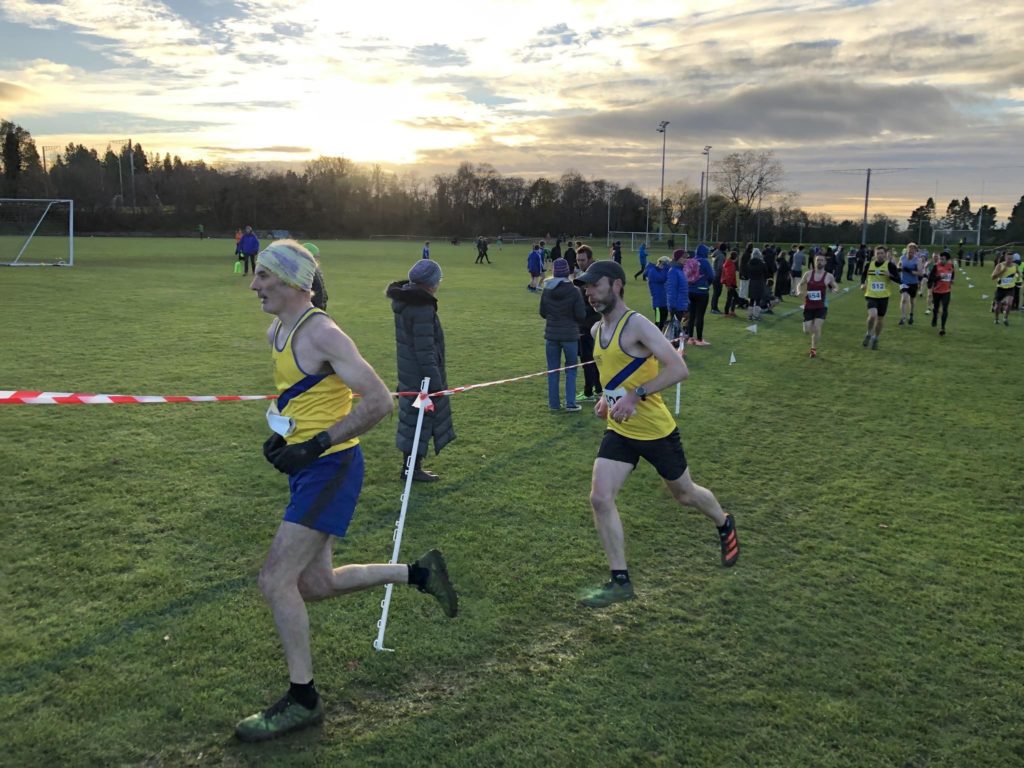 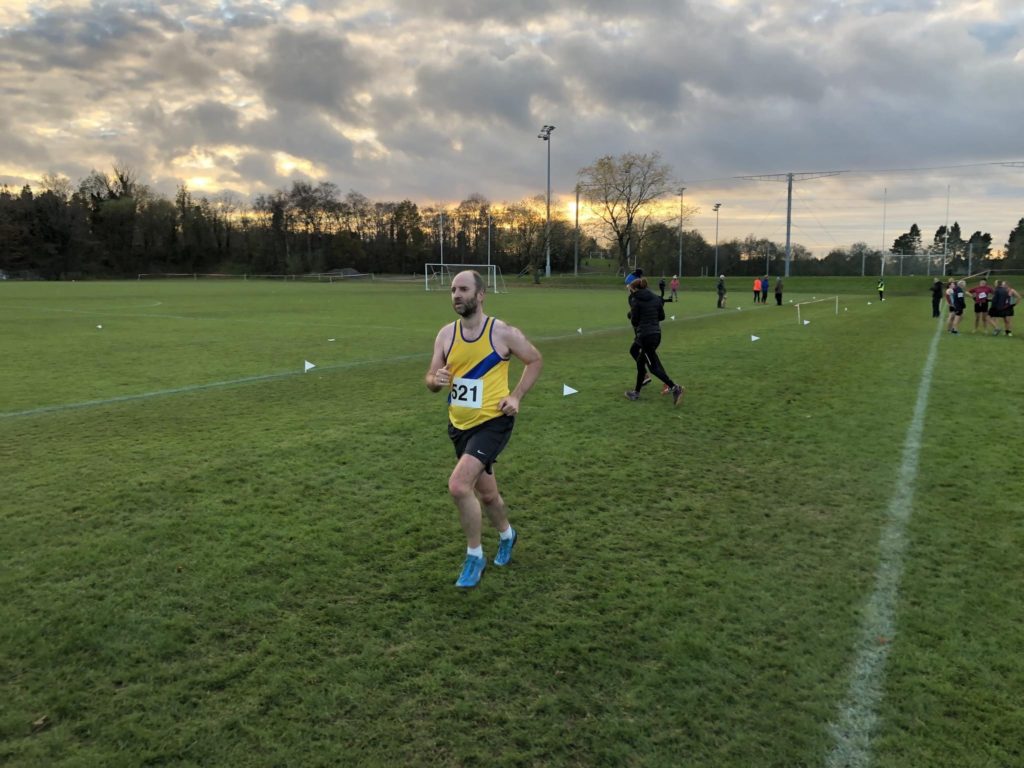 Neill Dickson (106th) seems to have developed a liking for the cross country scene, while club stalwart John McGarvey has seen it all before, both making valuable contributions on another grand day out for the club. 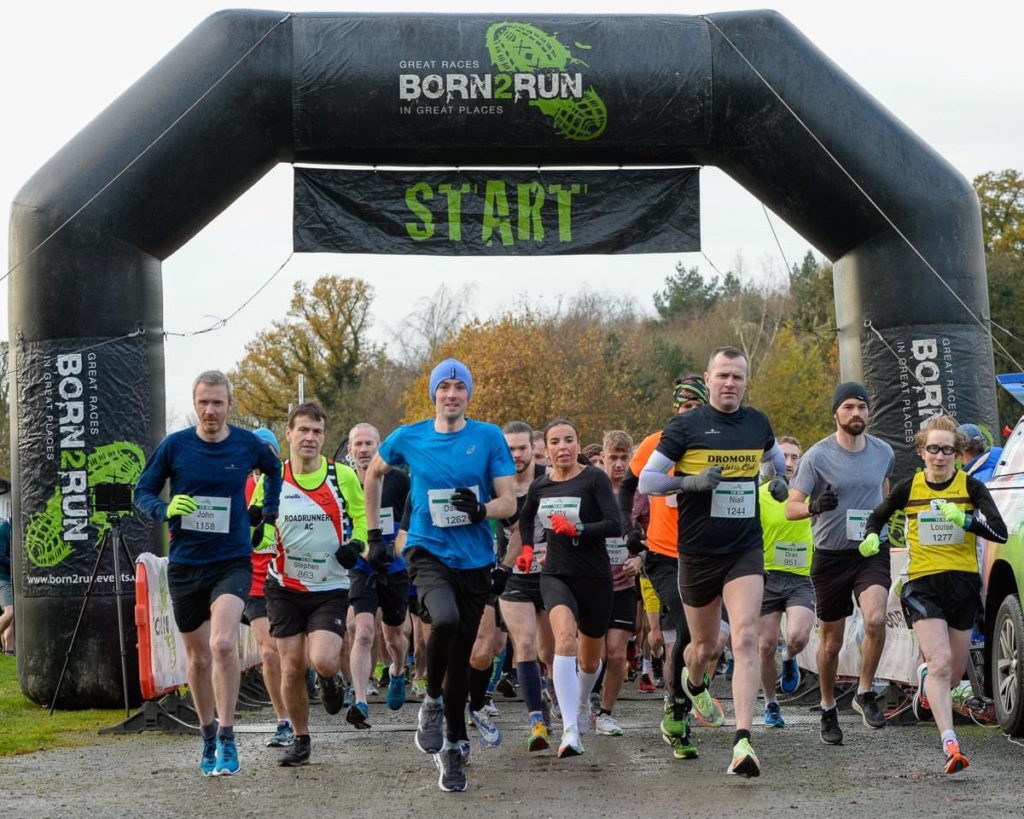 Race two of the Born2Run winter series enticed over 400 athletes to the Orchard County on Saturday, the worst of the overnight storm having abated sufficiently to allow pleasant racing conditions in and around Loughgall Forest Park.

After tasting victory in the 10k series opener at Minnowburn, North Down’s Daniel Scollan may have been a marked man, but if anything that seemed to spur him on, a time of 35:12 representing a considerable improvement on race one, but with the same result, top spot on the prize winners rostrum. 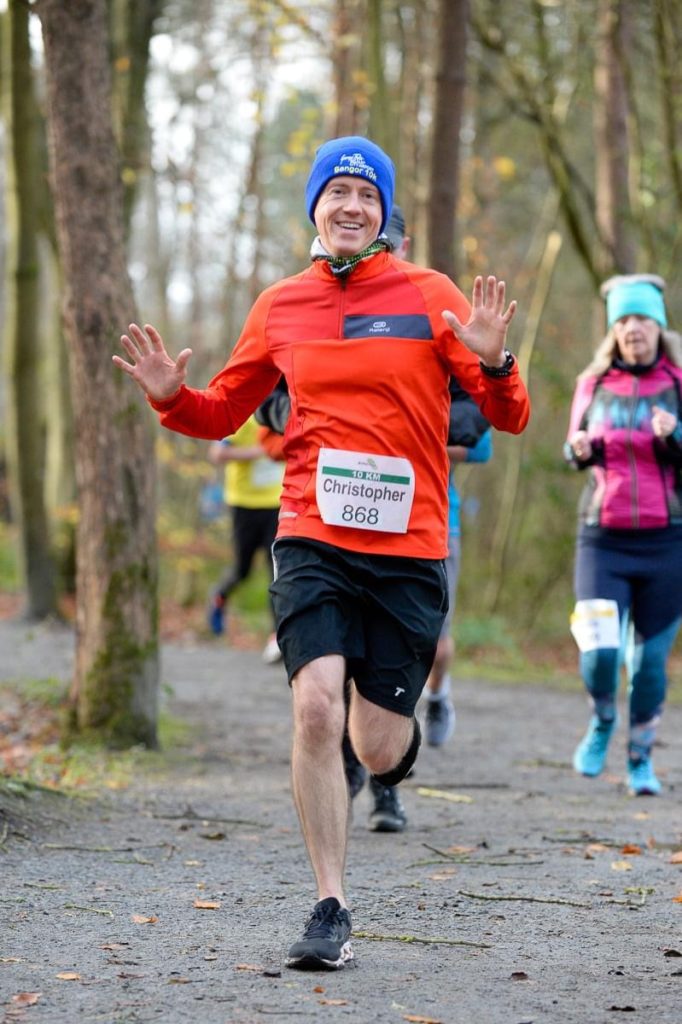 Christopher Ballentine has become a regular at the B2R events in recent times and showed up well again, 46:01 good enough for 83rd place overall. Next up, Tollymore Forest on December 18th. 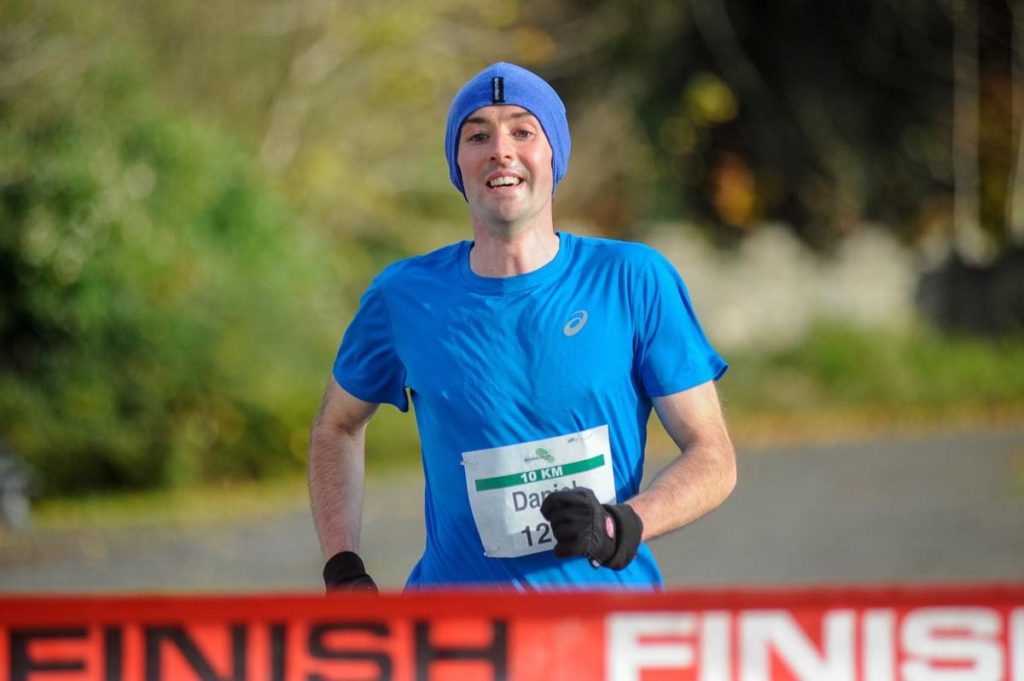 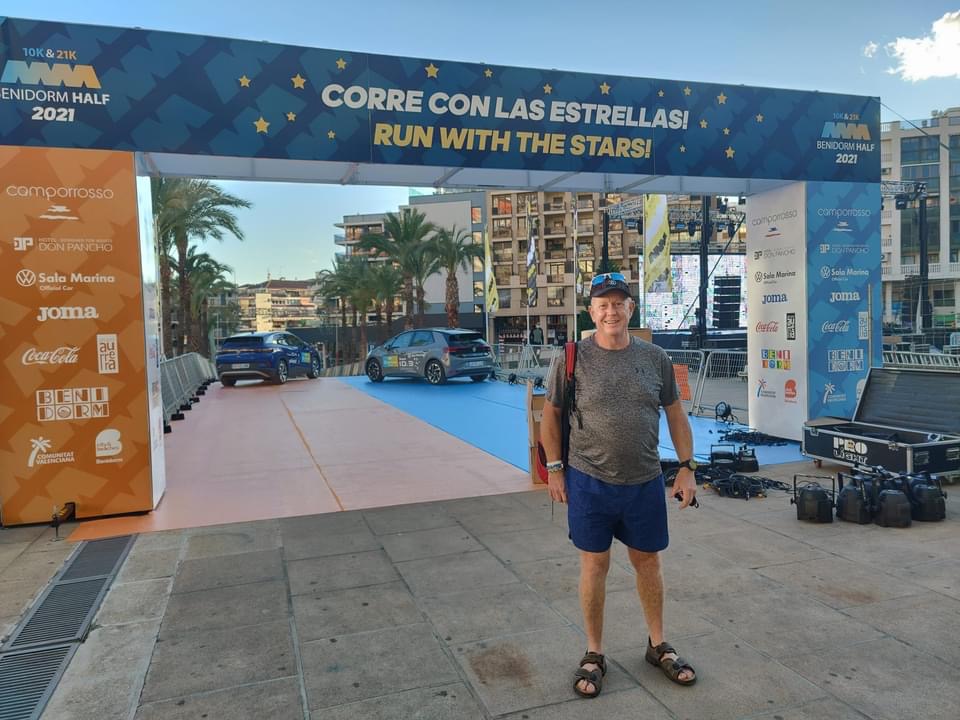 This week the award for outstanding achievement in race planning goes to Cliff McCausland, a short flight to Spain allowing him to swap coastal gales for gentle breezes at the Benidorm Half Marathon.

Unencumbered by falling trees and towering waves, the Bangor man enjoyed a beautiful day to be beside the sea, gliding along the Costa Blanca, through 5k in 28:28, 10k in 54:45, before crossing the finish line in 1:53:49 for 774th out of a mammoth field of nearly 1400 athletes.