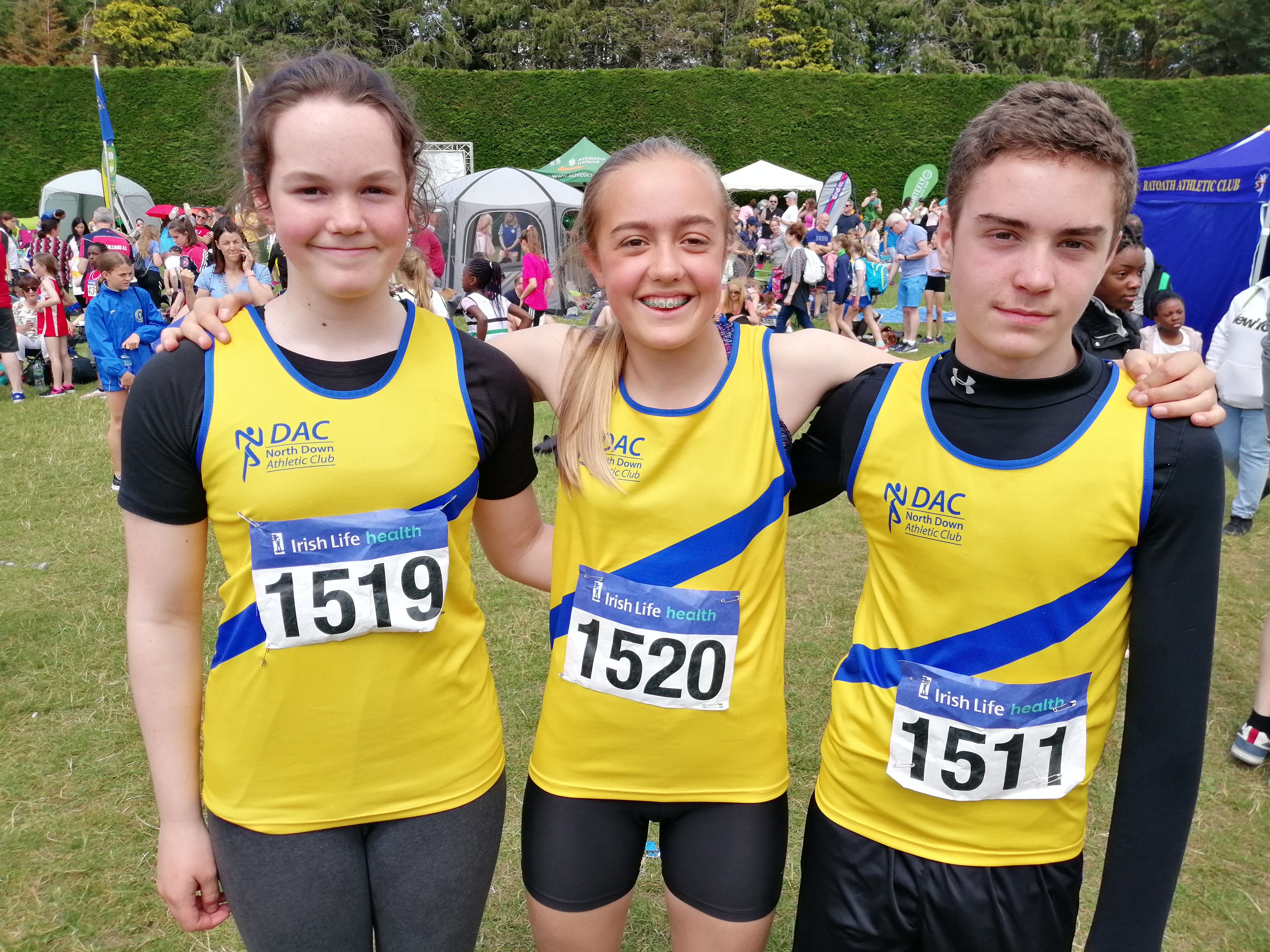 Saturday 28 June was day 1 of the All-Ireland age-group athletics championships in Tullamore, Co Offaly, where three North Down athletes competed in the Under 13 age-group. Jayden Booth, Kate Fenlon and Niamh Fulton had all qualified via the NI & Ulster championships earlier in June and all three performed very well in perfect conditions.
Jayden Booth had a memorable debut at this level, wining the 80m in a PB of 10.14s to become Irish sprint champion in his age-group. Later in the afternoon he placed 2nd in the long jump with a leap of 4.78m, having led from mid-way through the competition until the final round.
Kate Fenlon was in action early in the day, winning the shot putt with a fine throw of 11.67m to take the title by more than a metre. Kate also placed 6th in a very high standard javelin event, with a best throw of 26.50m.
Niamh Fulton ran well to make the final of the 80m sprint, placing 8th overall, and  2nd fastest of the Ulster qualifiers.