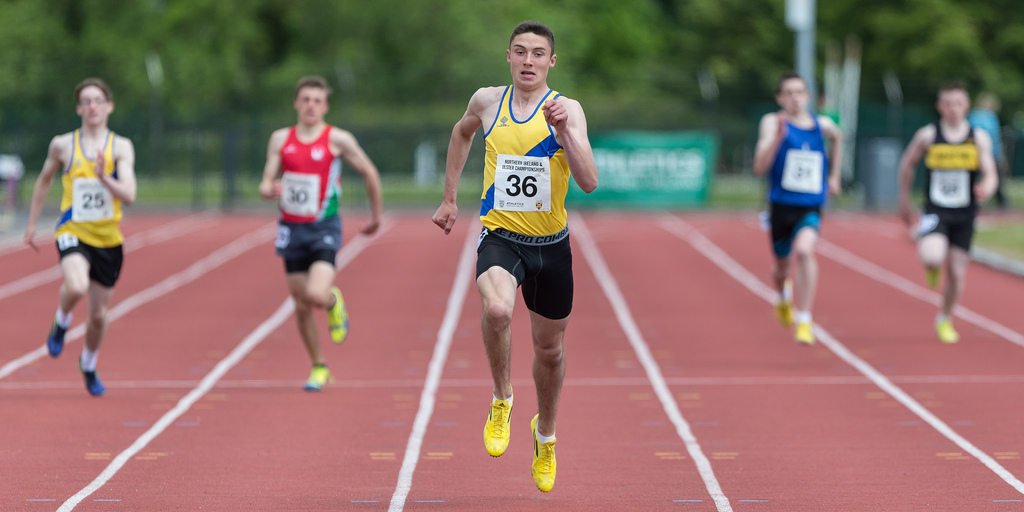 It may not have been the end to an athletics career that he had hoped for, but as Aaron Sexton hangs up his yellow vest and swaps it for an Ulster rugby jersey he leaves with the best wishes of all at North Down AC and a host of records that will take some beating:-

Club President Brian Smith commented – “As Aaron signs off on a brilliant athletic career the performances and times he has set for 100m & 200m at school, national and international age group level will, I believe, remain in the record books for many years to come. Not only is Aaron an outstanding athlete but he has been a great role model for all the young sprinters in the club, always encouraging and supporting them to reach their full potential. His total commitment to his training, his determination to succeed at the highest level allied to the excellent coaching and guidance from his dad are testimony to his incredible achievements.  Aaron Sexton will always be a name revered in NDAC by aspiring young athletes.  A fine young man of whom his parents Roger and Julie are justly proud.

Aaron will be missed around the Club but we thank him for the pride with which he wore the NDAC vest and we wish him every success in his career with Ulster & Ireland Rugby.” 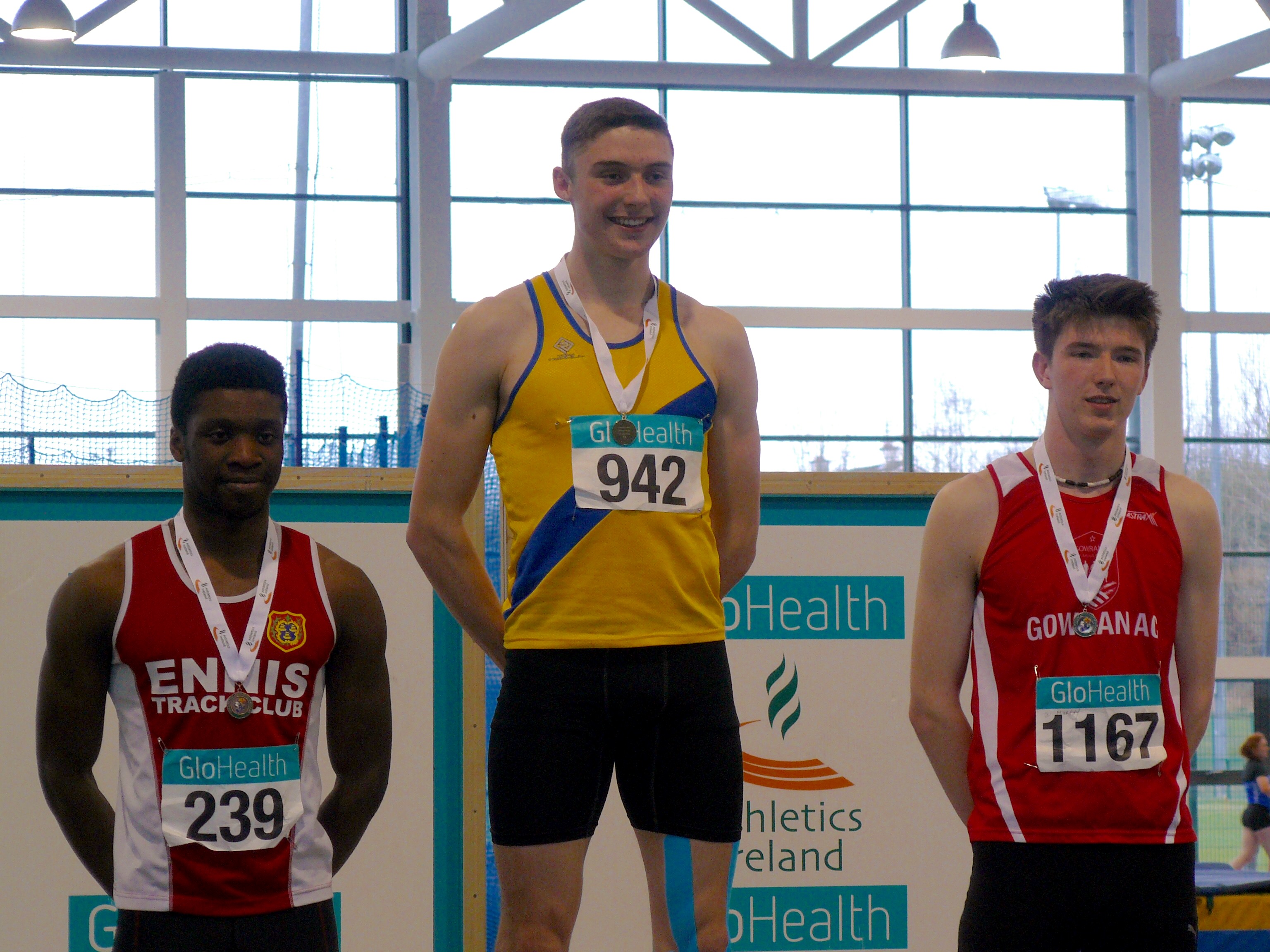 Club Chairman Tony Wall – “Aaron has excelled as an athlete at North Down Athletic Club and has won a large number of races at club, national and international level. He has also set Irish track records that will be difficult to beat. He has been a great role model for younger athletes and will be greatly missed. We wish him all the best as he embarks on his rugby career.” 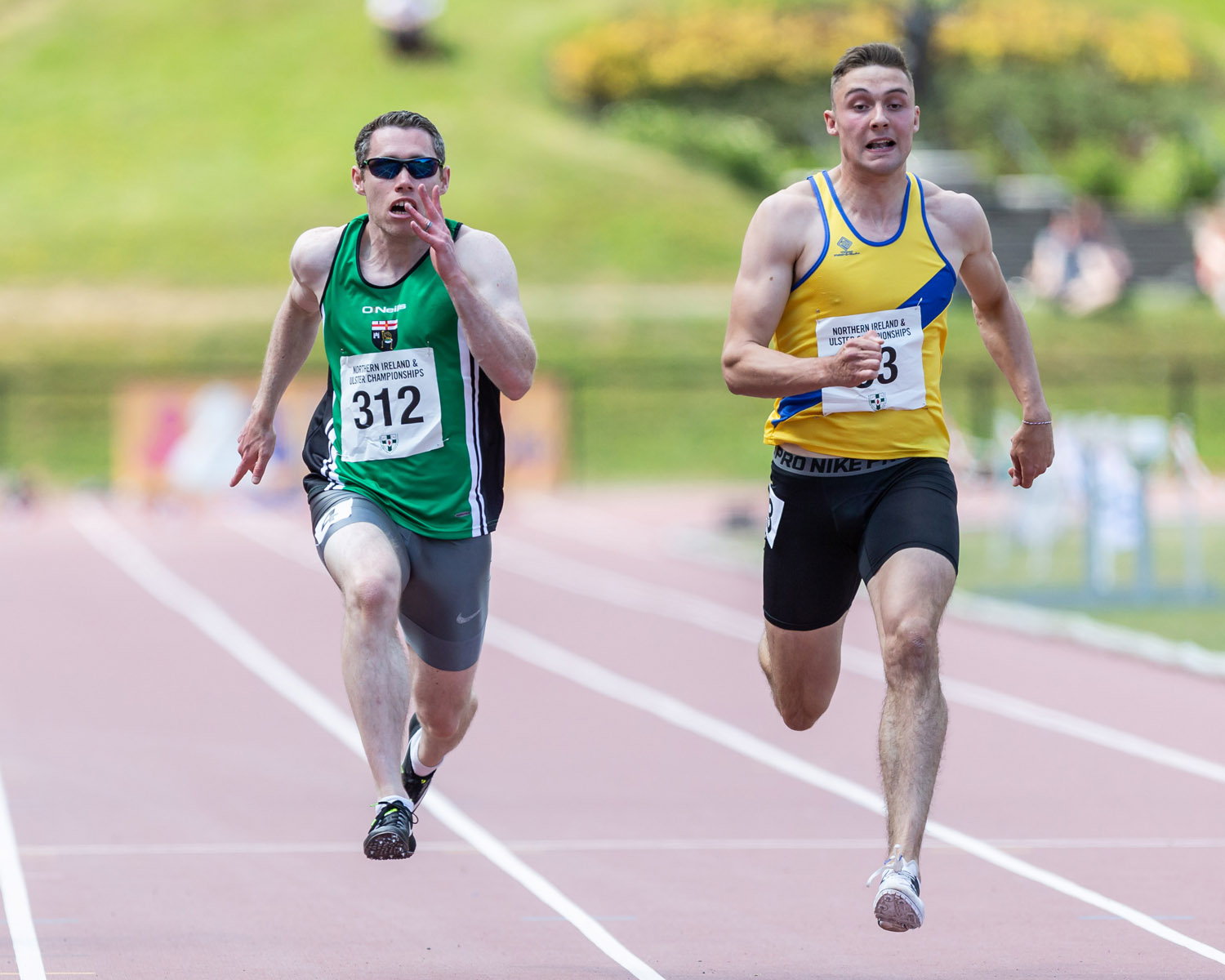 Athletics NI Chairman David Seaton – “Aaron Sexton is a fine, personable young man and talented sportsperson who is a credit to North Down Athletic Club, Athletics NI and, most importantly, his family. During the years he has been involved in the sport of athletics he has achieved enormous success and I have no doubt he will make an equally outstanding contribution in the world of rugby. All at ANI wish him well in his new venture and will follow his progress with interest.”