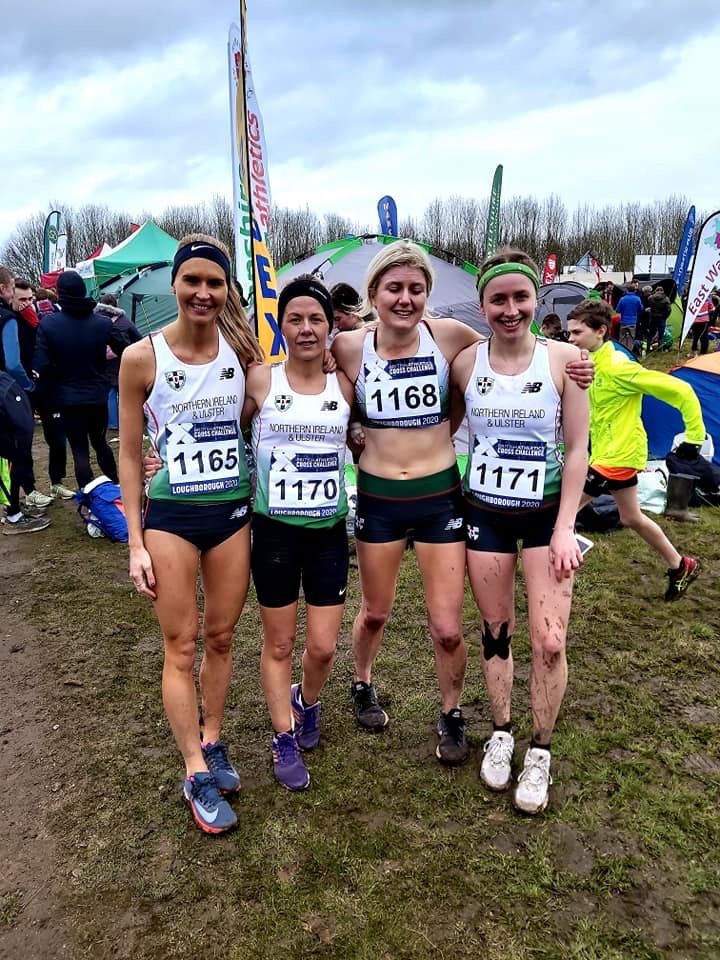 Hosted on the rolling hills of Prestwold, a 1000 hectare Leicestershire estate featuring its very own airfield, the British Athletics cross country meet gathered a quality field on Saturday, with North Down represented by a trio of talented ladies.

On the weekend of International Woman’s Day it was appropriate that the ladies took on the same 11.2km course as their male counterparts, all three conquering the longest event of the season in conditions that were reported to be better than expected, but with plenty of sticky patches. Wearing the white vest of Northern Ireland, Jessica Craig was the first of the local trio, 46:57 representing a fine effort and an excellent 25th position amongst high calibre opposition, while Katie Moore (49:39) placed a creditable 69th and Rachel Gibson (51:34) a more than respectable 123rd. A tremendous effort by the North Down ladies, deserved recognition for their strong recent performances, and a great honour for the club to have three representative vests in such a high profile event. 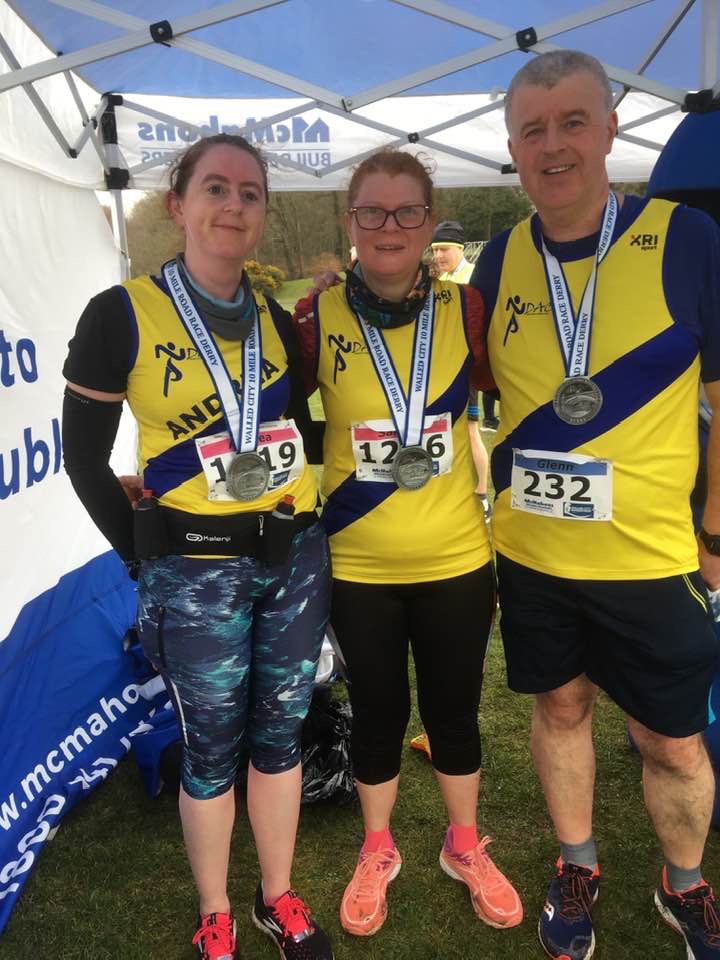 Another sell out field of well over 1000 athletes took on two bridges and both banks of the River Foyle on Saturday as the ever popular Walled City 10 returned, with an added challenge presented by strong coastal gusts. Despite the difficult conditions another trio of North Down athletes acquitted themselves well, Glenn Frazer leading them home in a time of 1:40:45. As so often the case, Sandra Hall and Andrea Green shared the load and provided support for each other before crossing the line together in 1:47:28, before all parties retired to the Walled City Brewery for well deserved refreshments. 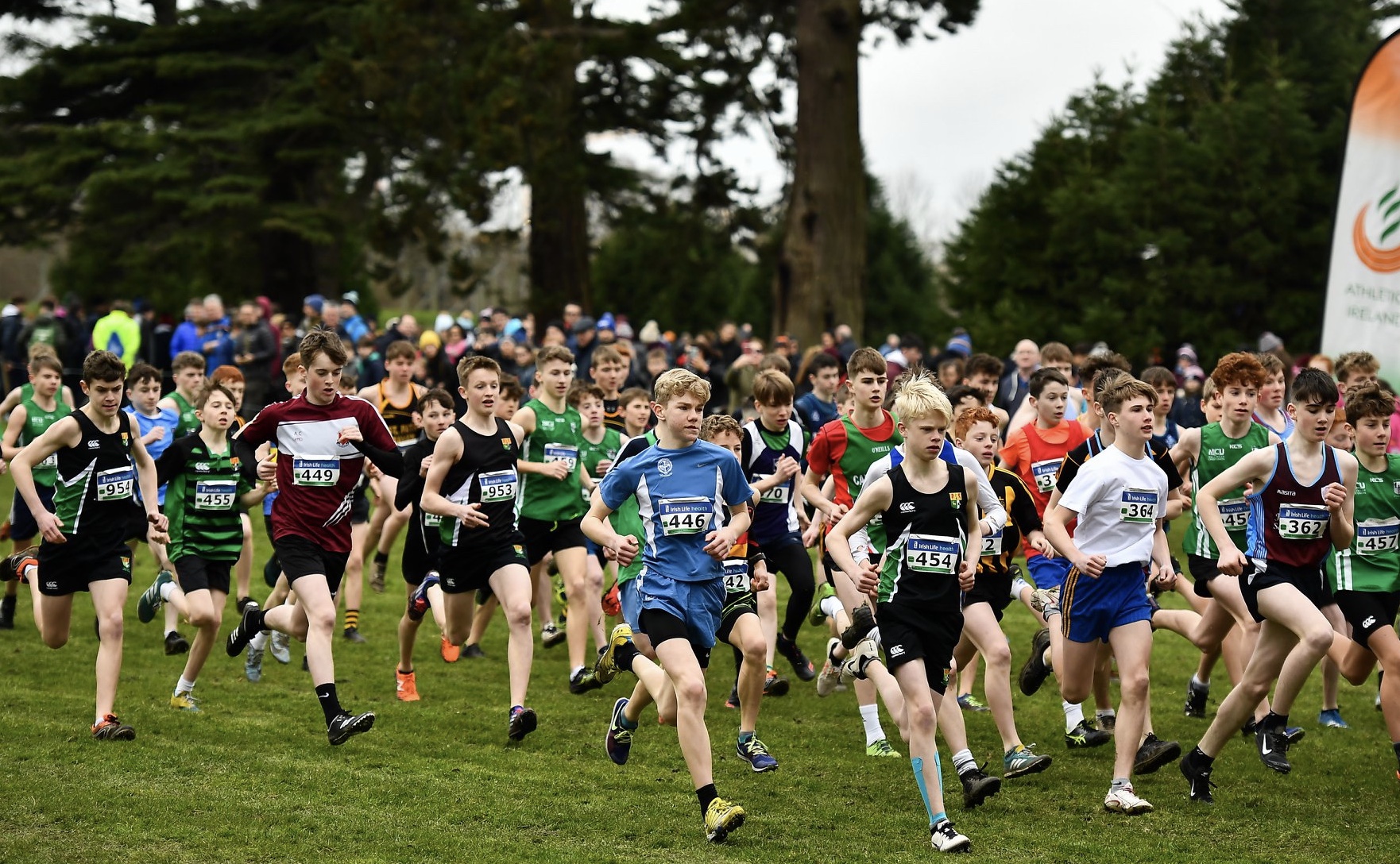 Home turf of the famous Clonliffe Harriers and venue for the 2009 European Senior XC, Santry Demesne has a well established reputation in cross country circles and was an appropriate host for the best of Irish Schools cross country talent on Saturday, with plenty of North Down athletes recording fine performances whilst representing their respective schools.

In conditions sufficiently pleasant to indicate that the cross country season must be coming to an end, a well maintained course offered up pockets of muddy resistance on an otherwise reasonably firm track that provided a tough but fair test of abilities. As ever, the youngest competitors got first go on the fresh grass, JJ Holley making best use to place an excellent 20th in the minor boys race. Despite a fall, Lucy Cheatley claimed a hard earned 48th in the junior girls event, with Niamh Fenlon in 60th. 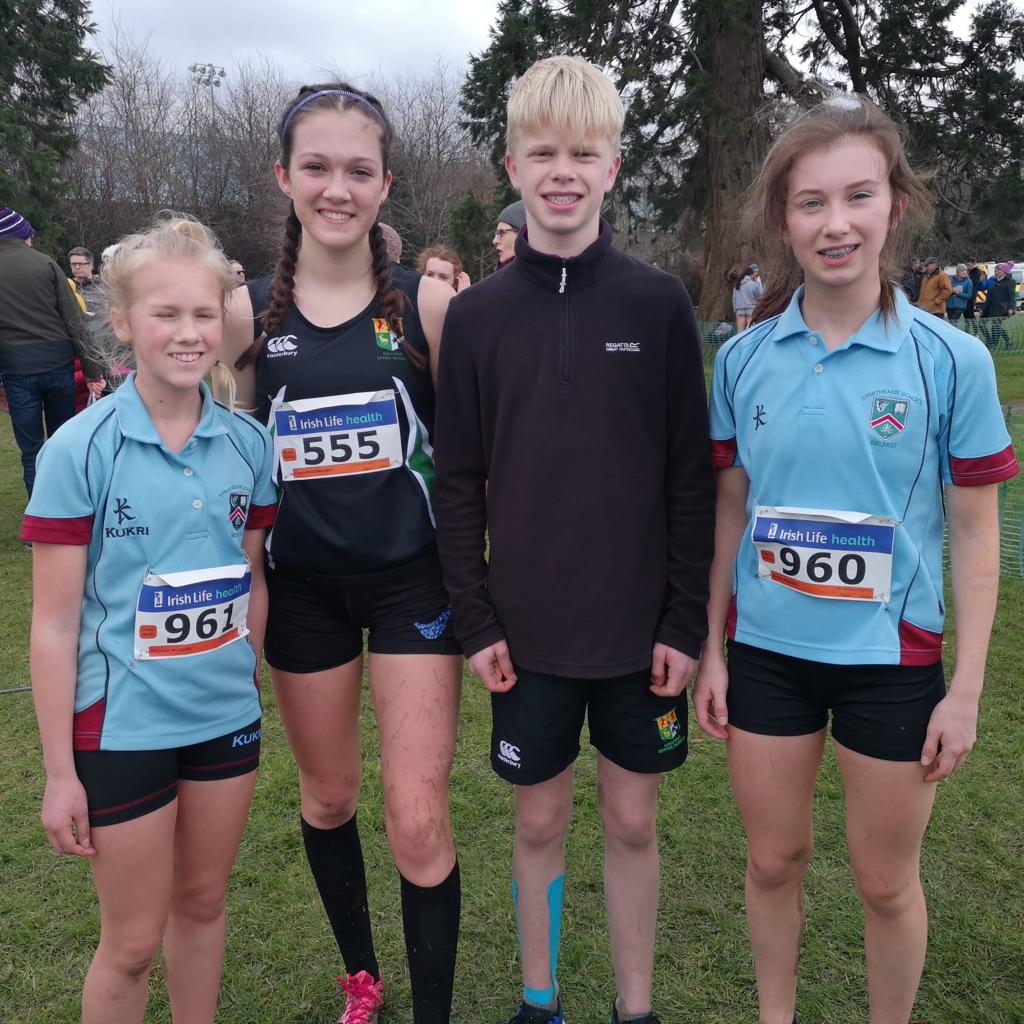 Jamie Gaw (11th) ran superbly in the junior boys race just missing out on Irish selection, whilst fellow Sullivan student, Tara McDonough, was equally impressive in placing 14th amongst the intermediate girls. Mackenzie Eger (42nd) made the best of a late call up to the same event, more than holding her own amongst the older girls, while Hollie Massey (51st), Amelia Tyler (61st) and Amy Ellison (65th) all performed with distinction and were a credit to both club and school. 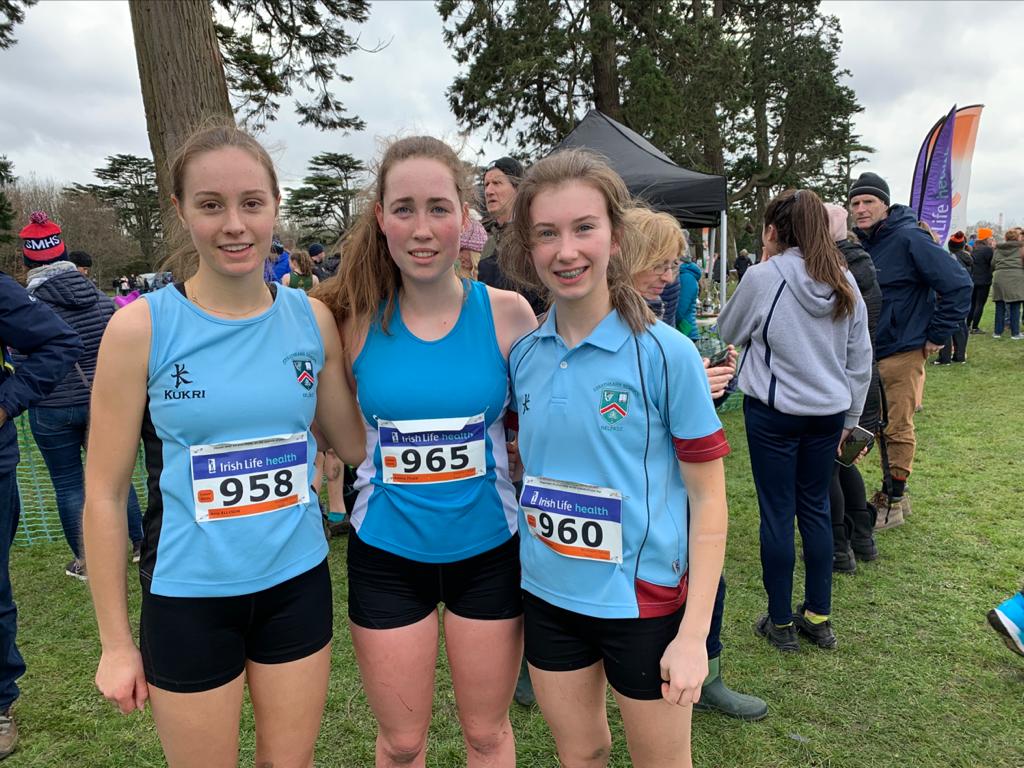 The senior events brought the curtain down on a wonderful day of racing, with Murphy Miller 23rd in the girls race and Mark Carberry 32nd in the boys, excellent performances in keeping with the general theme amongst the North Down athletes, of a commitment to their sport that both family and coaches can be justifiably proud of. 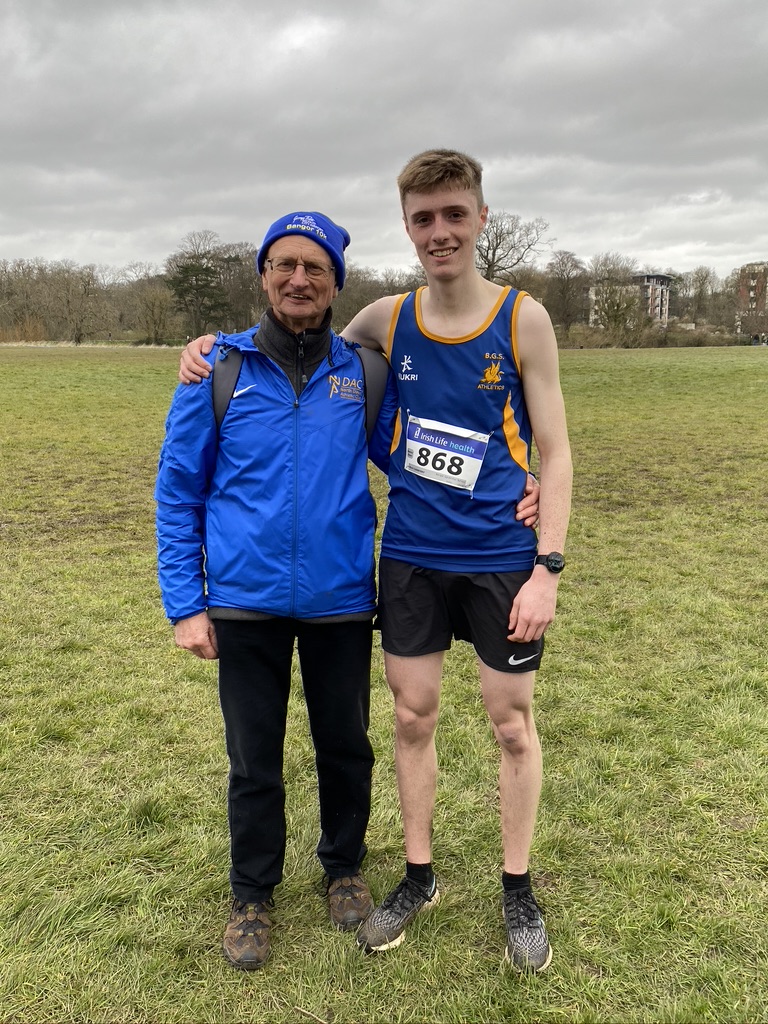 On a busy day of cross country, there was North Down representation at the Irish Universities XC in Cork, Jack Logan leading the QUB contingent home in 30th place, with Cameron Jenkins 78th. 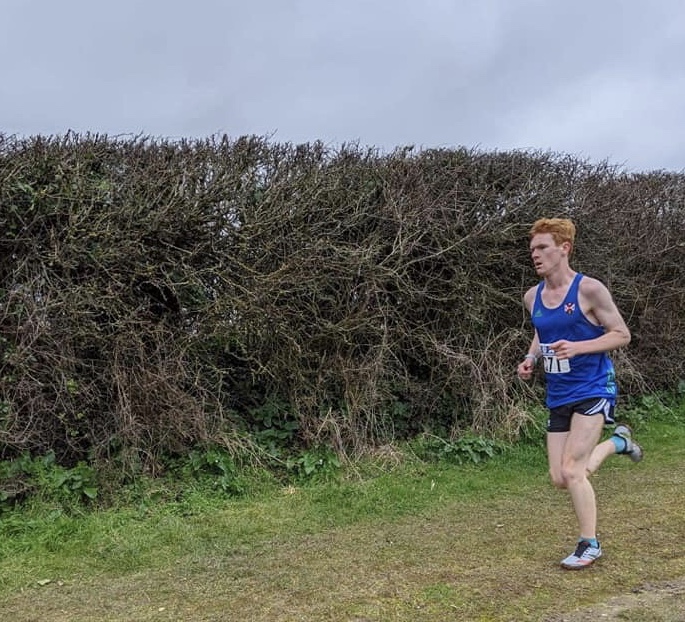 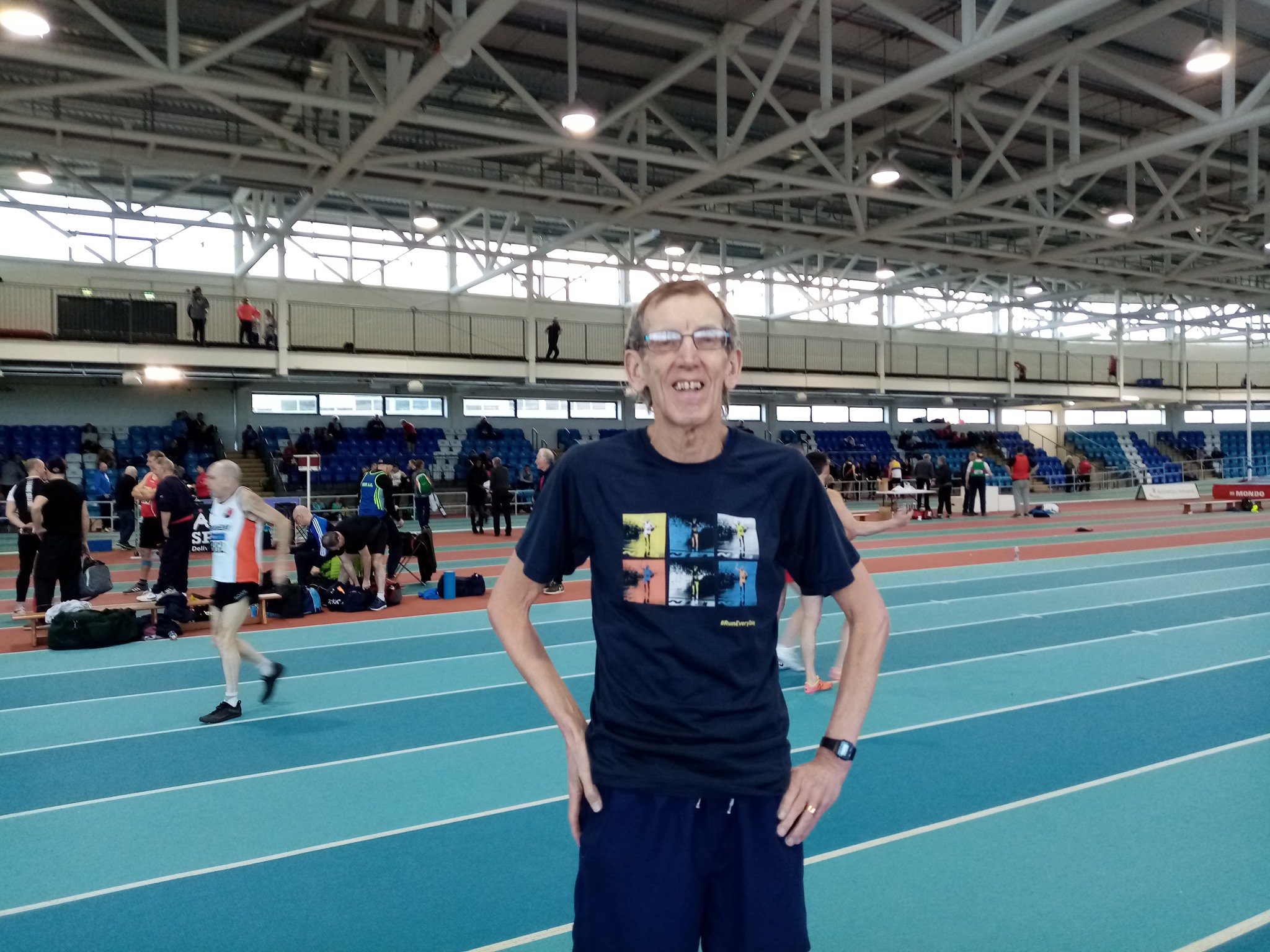 Masters legend, Terry Eakin, continued his fine recent form by adding the Irish Indoor 3000M (M70) title to an already burgeoning trophy cabinet on Sunday afternoon. Prior to lining up at the International Arena in Athlone the North Down veteran had displayed his versatility by claiming the M70 title at the British Masters cross country in November, before setting a new M70 record at the prestigious Armagh road race last month, and again he was in great nick taking the victory in a time of 12:35.40

Also over the weekend, former Commonwealth Games decathlete Tom Reynolds was in action at the British Indoor Masters, hosted in London at the Lee Valley Athletics Centre. Competing in the 60 metre sprint (M35) Reynolds qualified third fastest from the heats in a time of 7.53, before a blanket finish in the final saw just 0.01 seconds separating third from fifth, the North Down man eventually being awarded the bronze medal in 7.56.

Pat O’Driscoll was the club’s sole representative at the Road to Recovery 10k in Ormeau Park on Sunday, 1:01:18 placing him 96th amongst the assembled athletes.