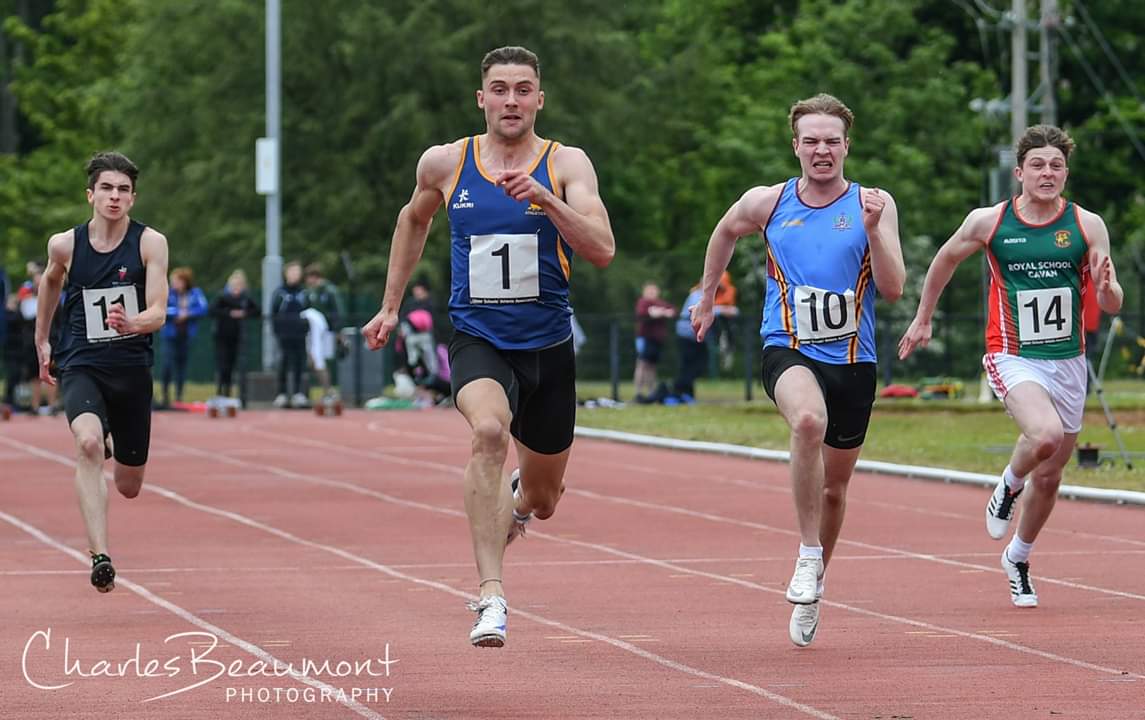 Being the third weekend in May, hundreds of the province’s top young athletes descended on the Antrim Forum for one of the annual highlights of the athletics calendar, the 2019 Ulster Schools Championships and almost 50 North Down AC’s athletes contested many of the 172 events that took place on Friday 17th & Saturday 18th.
Sprints
There were a number of very impressive performances in the sprints, with an uncharacteristic tail wind resulting in some quick times and record breaking performances. Competing in his seventh and final Ulster Schools, Aaron Sexton(Bangor Grammar) signed off in style by taking the Senior Boys 100m & 200m titles to complete an unprecedented 6th sprint double and in so doing, his winning times of 10.49s & 21.20s not only beat the 35yr old records set in 1984, but were also A-Standard qualifying times for the European U20 Championships in July. 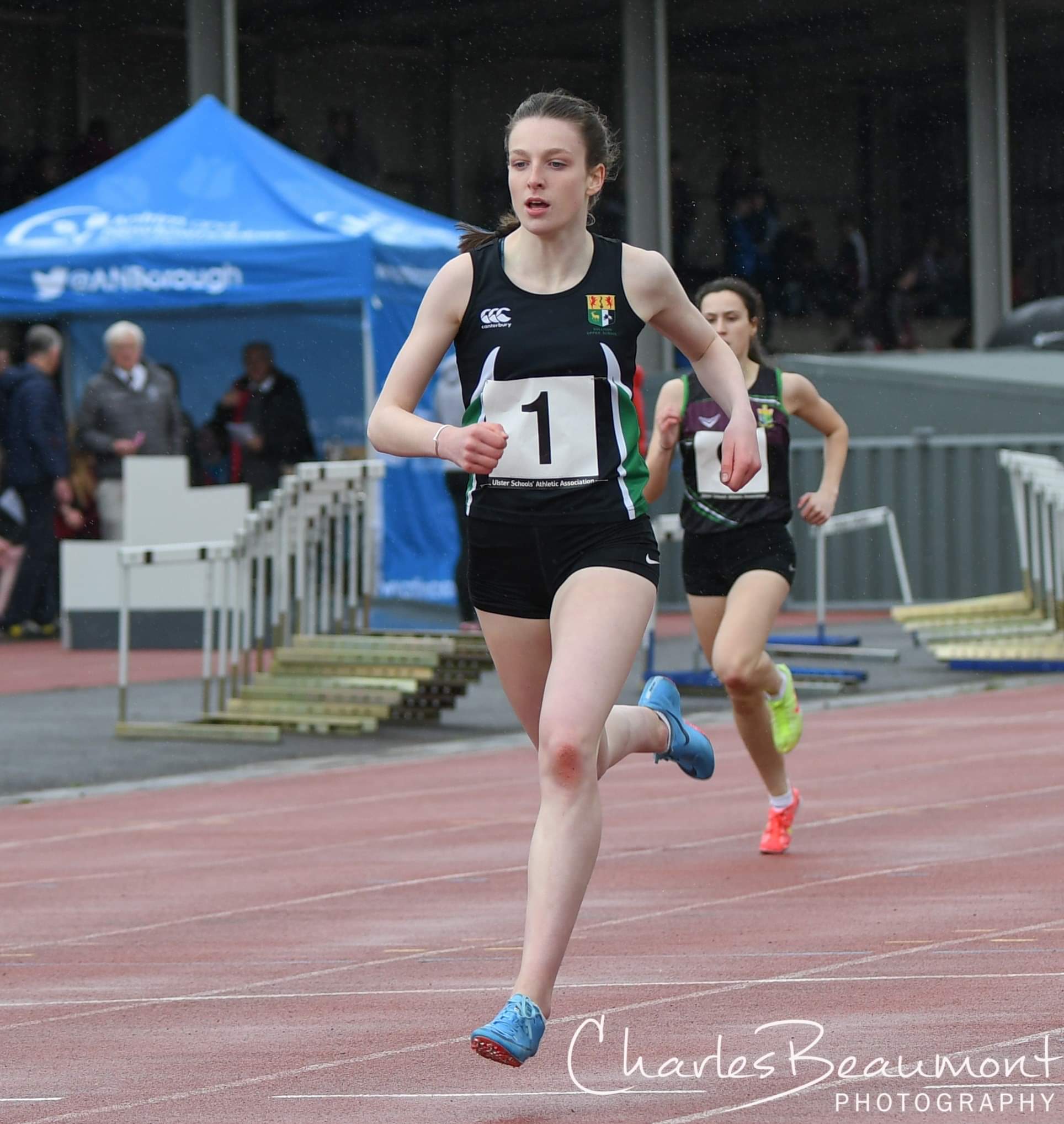 Rachel McCann (Sullivan) & Isaac Hart (Sullivan) both took on the incredibly difficult 200/400m double. While Rachel was an emphatic winner of the Senior Girls 200m in a quick 25.31s, she couldn’t compete with the record breaking time of the winner in the 400m and had to settle for silver with a time of 58.14s. Isaac, meanwhile, set a pb of 23.10s in the Senior Boys 200m final to take silver behind Aaron but with only 30min break before his 400m final, had insufficient time to recover and ran 57.24s for 8th place. Louise Canning (Glenlola) was a little below par in the Senior Girls 100m, due to a recent injury, but did still win the bronze medal in 13.24s and In the Junior Girls sprints, Lucy Kerr (Bloomfield Collegiate) also took bronze in the 100m in a new pb of 13.00s but was slightly disappointed to finish 6th in the 200m in 28.60s. 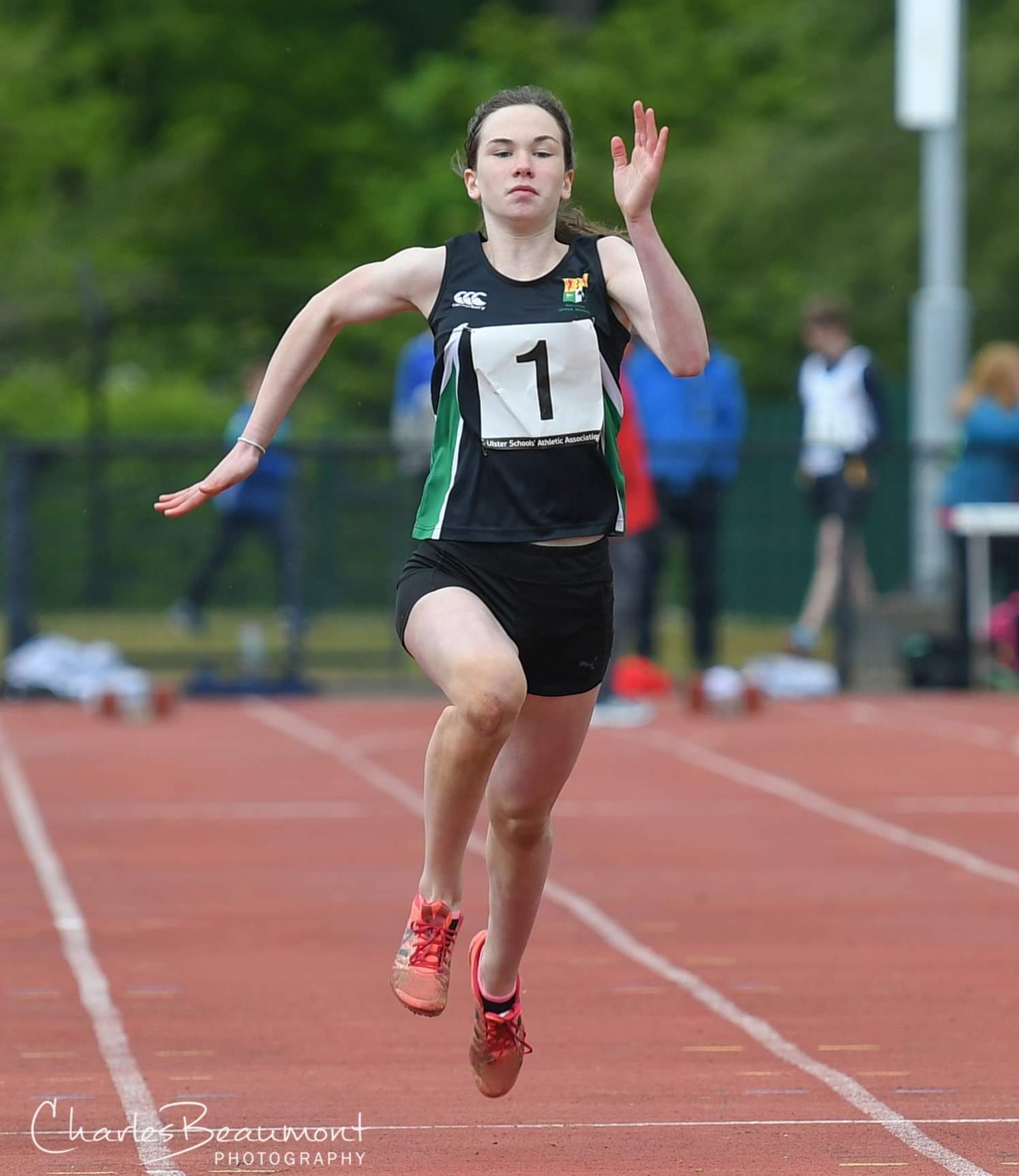 Niamh Fenlon (Sullivan) broke the Minor Girls 100m record on the way to winning her heat in 12.93s and went on to take gold in the final in a marginally slower 12.95s. Competing in their first Ulster Schools, Anna Cousins (Strathearn) & Jayden Booth (Regent House) both ran new lifetime bests in the 100m with Anna recording 13.39s on her way to a convincing win in the Mini Girls final while Jayden was just pipped in the Mini Boys final where he took silver in 12.55s.
Middle distance 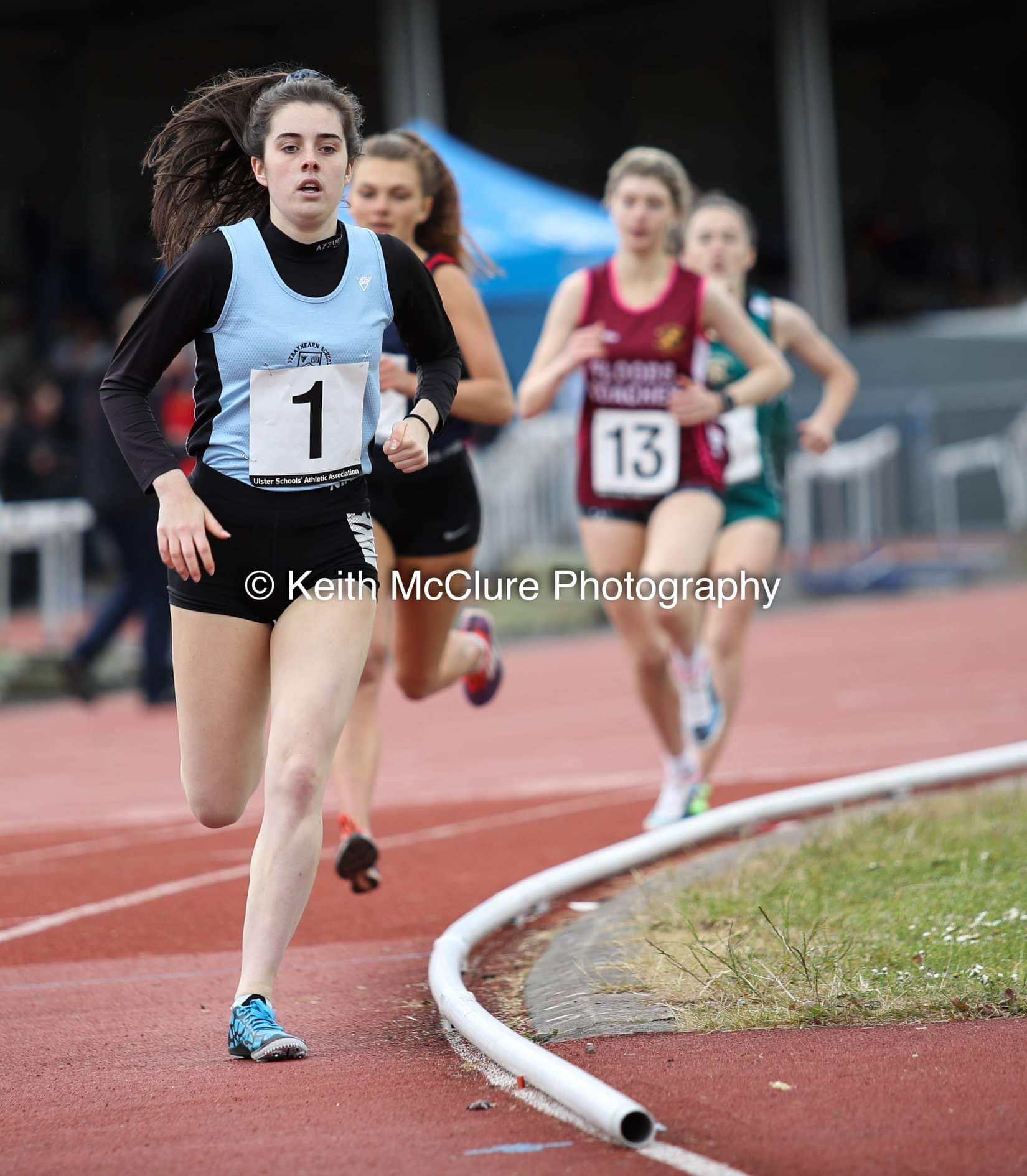 In the middle distance races, Murphy Miller (Strathearn) took on the early pace in the Senior Girls 800m and was never challenged as she once again lead from gun to tapeto emphatically win gold in 2:17.25 and Patrick Mayne (Regent House) took an excellent silver in the Senior Boys 3000m in a time of 9:19.83.
Hurdles 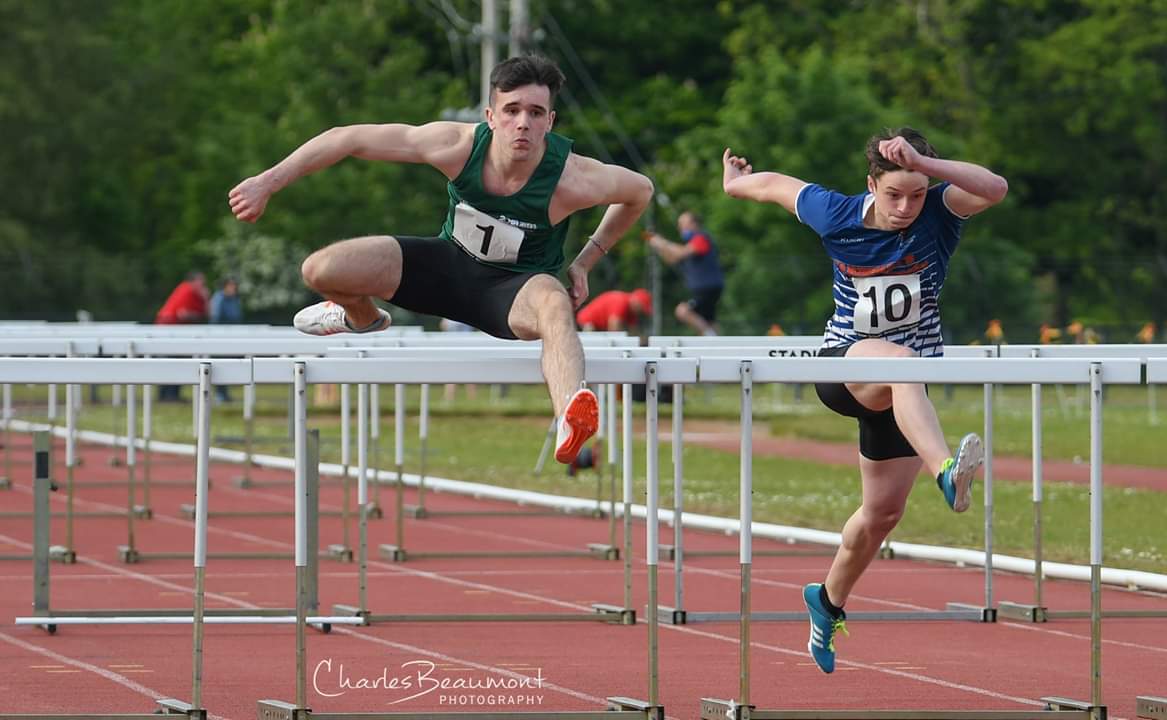